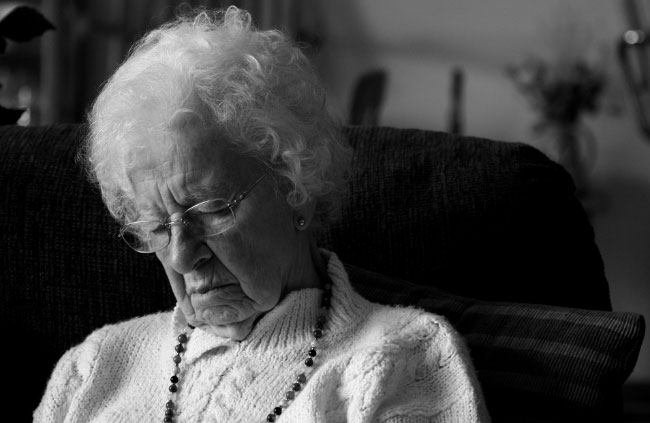 Why do so many older adults complain about poor sleep? It turns out that physiological changes, coupled with increased prevalence of chronic conditions, multiple medications, and changes in overall sleep patterns can make getting a good night’s sleep pretty difficult for many people.

Sleep problems in older adults are often undiagnosed or untreated simply because many people believe they’re a normal part of aging or that nothing can be done to help. However, diagnosing and treating any underlying medical disorders can dramatically improve sleep.

Seniors need about 6.5 to 7.5 hours of sleep – about the same or a little less than their younger selves, however, the quality of that sleep is not as good. As we age, we spend less time in non-REM sleep, which is when the deepest sleep occurs. Research on the sleep habits of older adults show it also takes older adults more time to fall asleep and to stay asleep.

According to the National Institute on Aging, insomnia is the most common sleep disorder in those age 60 and older. This can last for a few days, or go on for years. Taking a long time to fall asleep, waking up early and being unable to go back to sleep, or waking up several times during the night could all be signs of insomnia. Insomnia may also be a sign of other health problems, a side effect of a medication or an illness.

Older people tend to wake three or four times nightly. Factors like nocturia, an increased need to get up and urinate, or pain related to conditions like arthritis, congestive heart failure, gastrointestinal reflux disorder  or restless leg syndrome, anxiety, or effects from medications can lead to awakenings.

Respiratory disorders, such as sleep apnea, which cause multiple arousals during the night, also become more common as people age. Sleep apnea causes short pauses in breathing, often dozens of time during the night. Studies show an association between sleep apnea and worsening of hypertension and diabetes. Sleep apnea can also lead to stroke or exacerbate memory problems. The condition is treatable for most people – frequently with a continuous positive airway pressure (CPAP) machine, dental device or surgery.

Alzheimer’s disease can mean lost sleep for both an older adult and the caregiver. Wandering and frequent wakings are just two sleep problems for those with Alzheimer’s and other dementias. Caregivers must contend with disrupted sleep as well – leaving them ill prepared for the next day’s challenges.

An estimated 50 million to 70 million American adults – or one in eight – use a prescription sleep aid, according to a CDC study. Among those aged 50-80, 6 percent to 7 percent said they used prescription sleep medication within 30 days of response. This New York Times article ups the figure to 20 percent when non-prescription drugs are included. While intervention can be a short-term fix, it also can lead to dependency or addiction.

Testing in a sleep lab can help pinpoint other underlying medical problems, which can then be treated. See if any sleep clinics in your community offer outreach or public education programs for older adults.