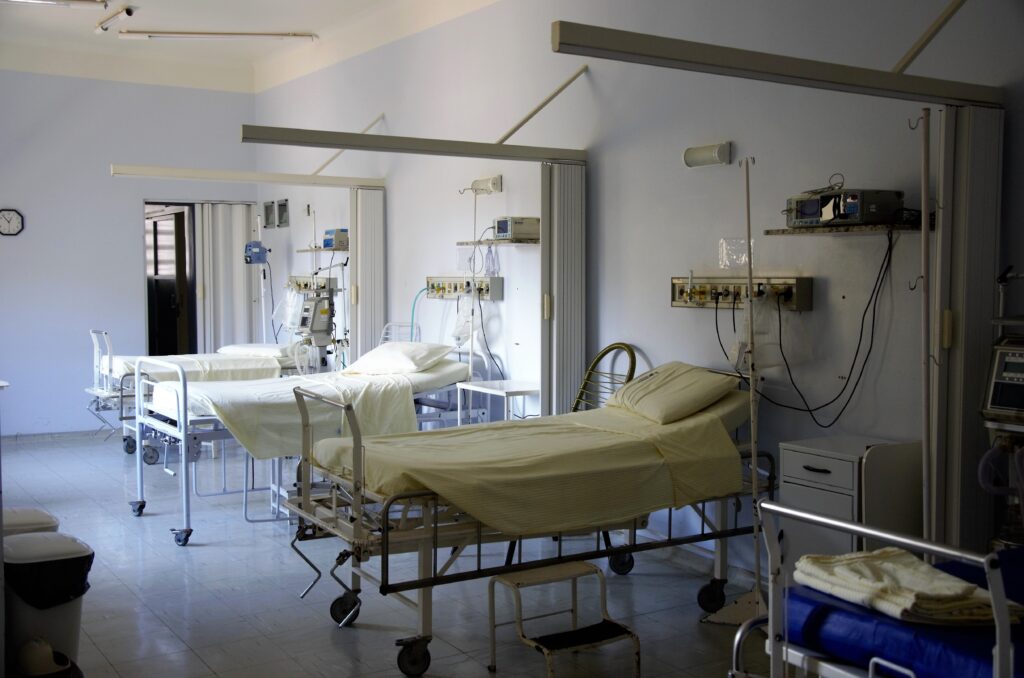 Photo by Pixabay via pexels.

Federal officials intend to give hospitals a break in quality scoring due to pandemic strains, by halting reporting of a measure known as the PSI 90 score. Patient-safety and business groups are fighting this plan, arguing it would erode quality of care.

Journalists may find good stories in looking at this battle over a quality measurement that pits Medicare and hospitals against patient-safety and employer groups.

The American Hospital Association (AHA) and the Federation of American Hospitals supported this proposal, which was one of myriad policy changes included in Medicare’s draft fiscal year 2023 rule on payments for inpatient services. They agree with Medicare officials who said they feared the effects of the pandemic might result in distorted results that might prove unfair to hospitals that served many people at highest risk from COVID-19.

Among the leaders of the opposition to the PSI 90 proposal is nonprofit Leapfrog Group. Founded in 2000 by business organizations, Leapfrog has become a major force in lobbying for greater transparency about the quality and cost of health care.

“Suppressing PSI 90 would be a giant leap backward in patient safety and transparency, literally life-threatening, and an outrageous violation of the trust Americans place in the Medicare program,” wrote Leah Binder, M.A., M.G.A., chief executive officer of Leapfrog Group, in a June 17 comment letter to the Centers for Medicare and Medicaid Services (CMS).

Signing onto this Leapfrog comment on PSI 90 were dozens of patient safety groups and individual advocates and employer groups.

Binder also pressed CMS to drop the proposal through a June 9 editorial published in The Hill, a newspaper that tracks the actions of Congress. She explained that PSI 90 is a composite measure.

PSI 90 tracks preventable complications from surgery like blood leakage, breathing failure and wounds that split open, and other harms people sometimes suffer during hospital care, such as deep bed sores, falls and blood clots, she wrote.

“CMS argues that it would be inappropriate to use and publicly release this patient safety data because of COVID, which makes it difficult to fairly calculate the data,” Binder wrote. “We all recognize that hospitals were under tremendous strain in 2020 and 2021 during the peak of the pandemic. We respect the sacrifices health care workers made. But that doesn’t make it right to hide the data on what happened.”

CMS accepted comments through June 17 on this draft version of the payment rule for hospital inpatient services. (In this tip sheet, AHCJ shows you how to find comments like the one Binder submitted on this draft rule.)

In the draft rule, CMS said this proposed PSI 90 change was one of the accommodations made to acknowledge a pandemic that “has overtaken the 1918 influenza pandemic as the deadliest disease event in American history.”

As of mid-December 2021, more than 50 million COVID-19 cases, 3 million new COVID-19 related hospitalizations, and over 800,000 COVID-19 deaths were reported in the U.S., with Black and Latino communities particularly hard hit, CMS said. The agency said the current design of the PSI 90 calculation “would produce distorted measure results.” With that in mind, CMS intends not to have PSI 90 calculations publicly reported on Care Compare, a website intended to make it easy for patients to access and understand federal data gathered on the quality of medical services.

In a comment submitted on this draft Medicare inpatient rule, the nonprofit Lown Institute acknowledged the challenges in adapting metrics during the pandemic but urged CMS to report the PSI 90 measurements.

Lown said its researchers have had to address the same type of analytical challenges CMS faces caused by COVID-19 in its own work for the nonprofit group’s hospital rankings.

“This impact, however, should not go unreported,” wrote Kelsey Chalmers, Ph.D., manager of data research, and Vikas Saini, M.D., president of the Lown Institute, in a June 13 comment to CMS.

“The PSI-90 measure — even without adjustment for COVID-19 diagnoses — is a powerful tool for researchers, advocates and patients to track patient safety,” they added. “It will be especially important to do so through the pandemic, as some have reported safety has significantly worsened during this time.”

Indeed, among those warning recently of a drop in patient safety was the chief medical officer of CMS, Lee A. Fleisher, M.D. Fleisher and CMS colleagues published a February article in the New England Journal of Medicine on this topic.

“We have observed substantial deterioration on multiple patient-safety metrics since the beginning of the pandemic, despite decades of attention to complications of care,” they wrote.

The CMS staff cited as an example the case of bloodstream infections associated with central lines. Central lines are similar to IVs but are used when people are expected to stay longer in the hospital. Central lines usually go into a large vein in the arm or chest.

In a June Fortune article, Erika Fry wrote that CMS had to defend the PSI 90 plan in part by saying that its quality measures “were never designed to address the circumstances of ‘a once-in-a-generation event’ nor to account for external factors — like changes to clinical practice and unpredictable patient volumes — that came with the public health emergency.”

“We very much want CMS to reverse this decision. Health care has many problems, but probably the most important one is a lack of transparency in the health marketplace,” Andrews told Fortune. “It’s very difficult to know the quality of what you’re buying and what you’re paying for if you’re a consumer or an employer.”

Also calling on CMS for a reversal of this proposal was a well-known advocate for patient safety, Alicia Cole. In her comment to CMS, Cole mentions her earlier work in getting passed a California law regarding public reporting of hospital-acquired infection rates. She tells of having survived “catastrophic harm following a routine fibroid surgery,” including seven surgeries and nine blood transfusions.

“I went into the hospital as a perfectly healthy patient and left facing over a decade of follow up care,” Cole wrote. “At the time, I employed due diligence to find out the safety standards of my hospital, but there was no way for me to have access to that data at the time.”

In her comment to CMS, Cole argues that the public still has “very limited access to information about medical harm events.”

“If CMS suppresses this data, America’s families will be in the dark on which hospitals put us most at risk, yet we all shoulder the burden of these dangerous preventable complications: lost life, pain and suffering, lost productivity, and wasteful health costs,” she said.

Check out the full text of the 2023 proposed Inpatient Prospective Payment System rule.

Below is a roundup of media coverage compiled by Leapfrog: