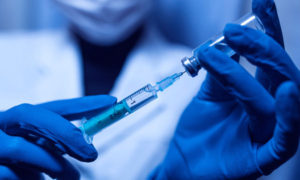 Most of the time, the most important aspect of reporting on medical research is ensuring that the coverage is accurate, precise, clear and understandable to the average reader, and includes adequate context, including cost, side effects, alternative treatments and previous data. Other times, the medium, or, rather, the literal physical setting and the framing surrounding the message, matter as much or more, as some have argued regarding Anthony Fauci’s recent announcement about the NIH trial findings on remdesivir from the Oval Office couch.

But, as Gary Schwitzer points out in his most recent blog post at HealthNewsReview.com, other details can be utterly crucial to the public’s understanding about potentially important findings about a drug, particularly during a pandemic: What a particular study was intended to do in the first place.

In his post, “What the public didn’t hear about the NIH remdesivir trial,” Schwitzer makes it clear right up front that he has no beef with the actual numbers Fauci gave during his “breaking news” Oval Office briefing about the remdesivir results. Schwitzer acknowledges the arguably problematic setting and framing of the announcement: a casual, homey couch in the Oval Office, coming from America’s favorite and most trusted scientist, the usually restrained Fauci, who is visibly containing a bit of excitement.

With President Trump approvingly looking on, Fauci gives the good news: a statistically significant 31% of patients receiving remdesivir had a shorter time to recovery compared to the control group, and 8% of those who received remdesivir died compared to 11% in the control arm, though this stat has not reached statistical significance. (Fauci did not mention the study from China published in The Lancet which found no benefit from remdesivir.)

But here’s the real kicker: “Many on social media — but noticeably few in mainstream news media — have pointed to the fact that primary endpoints or outcomes were shifted by the researchers in the NIH trial just within the past two weeks,” Schwitzer writes.

I admit, when I read that, my jaw fell open a bit. But Schwitzer links to the receipts, thanks to experts on Twitter: a side-by-side comparison of the changes on ClinicalTrials.gov.

The primary endpoint in a study is the key outcome researchers plan to use to assess the effect of an intervention or exposure. Seasoned medical journalists are familiar with the fact that some researchers will change their primary endpoint during the course of a study, but the reasons — and ethics — of doing so require scrutiny.

Did they change the endpoint because there was a genuinely valid scientific or medical reason for doing so? Or because it helped the findings appear more clinically significant or impactful? Is it because the original primary endpoint was not statistically significant but a planned secondary endpoint was significant? These are questions journalists need to ask and the public needs answers to, even if the public doesn’t realize they need these answers. (It’s journalists’ job to explain why they do.)

As Schwitzer notes, the remdesivir trial began Feb. 21 with a primary endpoint of “percentage of subjects reporting each severity rating on an 8-point ordinal scale” through Day 15, with a scale that ranged from non-hospitalization through various degrees of hospitalization and severity to death.

Now, however, the end point is “time to recovery” during Days 1-29, defined in three different ways relating to discharge from the hospital to hospitalized but not requiring ongoing care.

It’s a pretty big leap to go from “how bad is it and did they die” to “how long before people got better?” Schwitzer puts this shift in terms that lay folks are more likely to understand:

“For the general public, this is somewhat akin to the football field being shrunk so that the goal line is not 100 yards away but only 50 yards away — after the game has already begun.”

Schwitzer does not speculate on why this endpoint was changed — he can’t, and neither could any other expert not directly involved with the trial initially, because literally the only data released is what Fauci spoke on national television. There is no press release, no scientific presentation, no early release of interim data.

But it is definitely a question journalists need to be asking. CNBC journalist Meg Tirrell did tweet a response from the National Institute of Allergy and Infectious Disease regarding the reasons for the change, but the response focuses entirely on why the time point was changed from Day 15 to Days 1-29. That conveniently sidesteps the question of why mortality, which was included in the original endpoint definition and is arguably the most important outcome to the public, has been left out.