Remember what happens when you assume? Trials that use surrogate endpoints to test treatments are making assumptions that those drugs will ultimately offer real benefits to patients. Reporters shouldn’t forget it.

Surrogate endpoints have cropped up in the news again with two studies in the New England Journal of Medicine that tested the effects of early vs. later treatment of HIV with antiretroviral (ART) drugs. (Short-Course Antiretroviral Therapy in Primary HIV Infection | Enhanced CD4+ T-Cell Recovery with Earlier HIV-1 Antiretroviral Therapy)

The standard of care in resource-rich nations like the United States is to start newly infected patients on these lifesaving medications as soon as people are ready to start taking them, regardless of their CD4 T-cell count.

But two-thirds of new HIV infections are in sub-Saharan Africa. In those countries, ART is still only available to about half the people who need it and doctors wait to put patients on the medications until their T-cell counts drop below a certain threshold.

Which strategy is best? No one really knows. No randomized controlled trials have ever demonstrated “a clear clinical benefit for immediate treatment,” write Drs. Bruce Walker and Martin Hirsch, infectious disease specialists at MIT and Harvard in an editorial on the studies.

The new studies add evidence that earlier treatment might ultimately benefit patients, but that’s still not a certainty since both studies relied on surrogate endpoints — in this case, higher T-cell counts — to gauge the value of earlier therapy.  Because of that, the editorial authors write, “they do not provide ironclad proof of clinical benefit.” 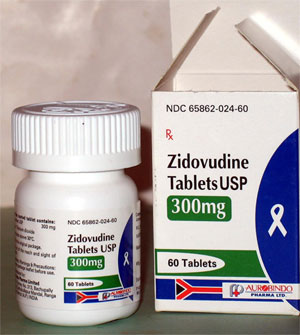 “When resources are severely constrained (e.g., in developing countries), the bar for proving benefit deserves to be higher, and treatment emphasis should still be on saving the maximum number of lives by treating a greater number of patients at later stages of disease,” Walker and Hirsch write.

A number of stories, while otherwise doing a good job of reporting the study findings, missed that caveat, saying the studies proved early treatment offered “a lot of clinical benefit,” as one expert said in a story for MedPage Today. He clarifies himself at the end of the story: “For that benefit to be seen,” he said, “you’re going to have to follow patients for 10, 15, 20 years.”

An explanation of surrogate endpoints is the latest addition to AHCJ’s collection of key concepts that journalists need to know when covering medical studies; learn more.