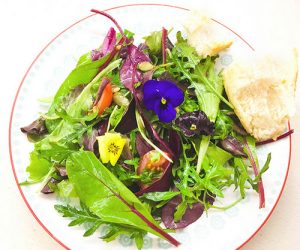 Nutrition studies can be as frustrating to cover as they can be fascinating. That’s because of the maddening coffee-chocolate-wine quandary: One day a study says one of these treats is good for you and the next day another study says it isn’t.

Part of the problem is the incredible complexity and diversity of human bodies, genetics, environments, diets and even disease. Red wine might be great for one condition, but increase risks for another at the same time.

Another problem is that most nutrition studies are epidemiological or observational. That’s because randomized controlled trials (RCTs) can be difficult and expensive to conduct for interventions as basic to daily living as eating. Most nutrition RCTs are comprised of small groups in highly controlled settings that don’t allow for what happens in everyday life. This feature limits their generalizability.

These challenges have led critics to assert in recent years that nutrition research needs an overhaul. One of the loudest critics is John Ioannidis, M.D., best known for his 2005 paper “Why Most Published Research Findings are False.” Ioannidis, a professor of medicine and health research and policy at Stanford University’s School of Medicine in California, has made a name for himself in critically examining research methods and their weaknesses, particularly in epidemiology.

Ioannidis laid out a case in a recent JAMA editorial for completely overhauling the way nutrition research is conducted. Depending on whom you talk to, his ideas are both applauded and controversial. I wrote about his commentary for Medscape with additional comments from Walter Willett, Ph.D., a professor of epidemiology and nutrition at Harvard University’s T. H. Chan School of Public Health in Boston.

Willett, a panelist at a recent AHCJ annual conference, is a giant in the field of nutrition and highly respected for his thoughts on how nutrition research needs to proceed — and he thinks Ioannidis needs to go away, basically. In our interview, Willett was strident about his disagreement with Ioannidis, believing that he overstates and even distorts concerns about nutrition research to the point of irresponsibility.

It was fascinating to interview each scientist about their very different ideas on where nutrition research needs to go. The recent downfall of nutrition researcher Brian Wansink, whose work — even that which does not involve p-hacking or potentially fabricated results — illustrates many of the limitations in nutrition research.

In short, Ioannidis wants to see more RCTs and greater reliance on Big Data. Willett believes nutrition research has already made great strides, does well in self-correcting and refining conclusions over time, and will continue to make more on its current trajectory.

As a journalist, I felt they both made excellent points. I’m not equipped to judge which path is best but I know I’ll need to pay attention to where the field heads. I suspect neither path will become the exclusive one. For other journalists covering nutrition research, it may be worthwhile to familiarize yourself with these two different camps of thought and with others similarly looking for solutions to the complexity of nutrition research.