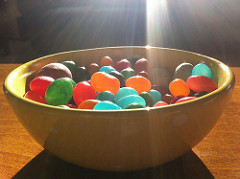 The controversy that has plagued Cornell nutrition researcher Brian Wansink for nearly two years culminated with his resignation from Cornell, the school announced Sept. 20. Wansink, a charismatic and incredibly prolific academic who frequently courted the media, made the announcement the day after JAMA retracted six of his studies that it had warned in April were under review. (Disclosure: I have interviewed Wansink for articles and cited his research in a book I coauthored.)

If you’ve followed Wansink’s saga, it almost reads like a Greek tragedy, complete with hubris as the fatal flaw at the center of everything. Wansink’s woes began with his own blog post, which led several young researchers to examine his work and identify substantial discrepancies in his data — to the point of suggesting significant negligence at best. Aside from the researchers themselves, BuzzFeed reporter Stephanie M. Lee, The Cut reporter Jesse Singal and Retraction Watch have done the best job following the story.

As questions mounted, so did Wansink’s corrections and retractions. Throughout the downward spiral, Wansink has maintained that all his work was in good faith. As Retraction Watch reported in a post containing Wansink’s complete statement, the scientist “insists that there was ‘no fraud, no intentional misreporting, no plagiarism, or no misappropriation.’”

Wansink is neither the first nor the last researcher whose career was cut short by the substantial problems, intentional or not, fraudulent or not, identified in his research. But he’s among the most prominent — and disappointing for many media folks (myself included) who found his work fascinating — and he has become a poster boy of sorts for the plight of social science research in general right now. As excellent analysis pieces at NPR, The Atlantic and The New York Times discuss, the rigor of research in both the social sciences and nutrition has received extra scrutiny in recent years, and it’s important for health journalists to be aware of these concerns and what changes they may bring.

The coverage of Wanisnk’s downfall has been extensive, and it’s a far-reaching enough cautionary tale to spend some time understanding. If you’d like to dig deeper, below are some of the best articles on the story: