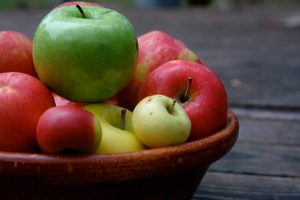 We wrote back in March about the publication troubles of Brian Wansink, Ph.D., a media-friendly and prolific nutrition researcher and head of the Cornell University Food and Brand Lab.

Things were looking dicey then as more and more red flags, including mathematically impossible mistakes, piled up in his past studies. That parade only seems to be picking up based on recent news reports and retractions. It’s worth continuing to follow this story because it contains so many cautions for journalists covering medical research, especially fun and fascinating research that “feels” true from a charismatic, interview-friendly researcher.

I’ve interviewed Wansink several times, including for book research, and he always came across as clever, funny and generous – likely major reasons for his extensive media coverage. His studies were very media-friendly too – possibly too much so. More and more of his research appears too good to be true as major portions of his life’s work continue to unravel, most recently a JAMA Pediatrics article retracted for the second time.

Briefly, Wansink is best known for research finding environmental influences on eating habits that can be manipulated to cause healthier (or less healthy) food choices. Renaming vegetables fun names – like “X-ray Vision Carrots” – or putting Elmo stickers on apples but not cookies are tricks that supposedly lead kids to choose healthier choices in the most recent studies under fire. The former, in JAMA Pediatrics, and the latter, published in Preventive Medicine in 2012 (not yet retracted) were reported to occur in elementary schools but actually occurred in daycares and preschools.

[I appreciated that the study’s red flag to Nicholas Brown, a University of Groningen,Netherlands, graduate student who has found many of the errors in Wansink’s work, was that elementary school students weren’t likely to be impressed by Elmo, as Buzzfeed reported.]

At the time the studies were conducted, Wansink was on leave serving as the USDA’s Center for Nutrition Policy and Promotion’s executive director. He has said the misreported populations occurred because he was not present for the data collection. (The reason he was on leave also reminds us why these retractions are so important: His studies have been used to justify policy in federal school lunch and nutrition initiatives.)

Rather than summarize all the developments in Wansink’s research saga, I recommend catching up with our first post if you haven’t already and then reading the excellent updates at Buzzfeed, Retraction Watch and The New York Times, the last of which does the best job of providing analysis that is most useful to health reporters. In the NYT piece, Aaron Carroll, a pediatrician, questions the various weak justifications Wansink has offered to explain how the errors in his papers occurred:

“As a researcher, and one who works with children, I find it hard to understand how you could do a study of 3-to-5-year-olds, analyze the data, write it up and then somehow forget and imagine it happened with 8-to-11-year-olds.”

Carroll notes that both the grant application and the Institutional Review Board would have required specifics on the study participants’ ages. “This is a level of disconnect that many scientists would find inconceivable, and I do not mean to suggest that this is the norm for nutrition research,” Carroll writes. As he notes regarding distrust in already ambiguous areas of research such as nutrition, “The social sciences are already suffering from a replication problem; when work that makes a big splash fails to hold up, it hurts science in general.”