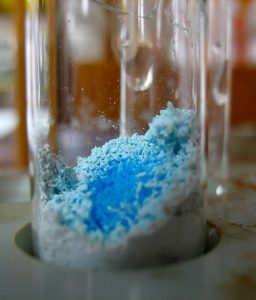 The ongoing push for open science and greater transparency in medical research just notched another win following new rules from the National Institutes of Health regarding federally funded research involving humans. As the Wall Street Journal recently reported, the NIH is broadening the definition of clinical trials for what must be registered and reported at ClinicalTrials.gov.

“Researchers must now report their findings on the site within a year of study completion or risk losing future funding,” wrote reporters Daniela Hernandez and Amy Dockser Marcus. “Previously, they were only required to post results of certain studies submitted to the U.S. Food and Drug Administration, with the expectation that results would be published in academic journals.”

The reporting requirements now extend to more research in behavioral sciences, studies which typically do not carry the same risks as a trial for a drug or device intervention but still are not risk-free.

Given the $3 billion the NIH each year spends on clinical trials, these requirements should apply to a substantial percentage of the studies journalists cover from day to day. The change will give journalists the opportunity to look up more trial registrations to check the original study protocols, whether any endpoints changed and the eventual results – even if a peer-reviewed study was never published.

“Scientists and journalists are mostly dependent on the published literature to know what research has been done. However, bias privileges publication of positive over negative results,” wrote Brian Nosek and David Nellor, of the Center for Open Science in Charlottesville, Va., in a January 22 letter for Nature Human Behavior. “A registry can help reduce those biases by making all conducted research discoverable, even if it isn’t published.”

Although the announcement has received some pushback from researchers, most of the concern centers on the new “definition” of a clinical trial and the resources necessary to ensure timely reporting.

“Few scientists object to incentives for transparency, but most scientists object to reporting burdens that will slow down the pace of discovery,” Nosek and Nellor wrote. “The key for successful policy implementation is to provide technology that makes registration easy.” (Note: Their center offers registration services for research that will integrate with NIH requirements.)

This change, however, will only be as good as its enforcement. Despite a 2007 law that initially expanded reporting requirements for ClinicalTrials.gov, reporting had been lax until recently. As Stat covered in a recent update, “Trial sponsors had disclosed 72 percent of required results to the federal ClinicalTrials.gov database as of September 2017,” compared with 58 percent two years earlier. These percentages are based on two Stat investigations, the first two years ago and the second involving “nearly 18,700 clinical trials whose results should have been posted to ClinicalTrials.gov between 2008 and Sept. 11, 2017.” The first investigation had “found that prestigious medical research institutions were among the most flagrant violators of the reporting law.”