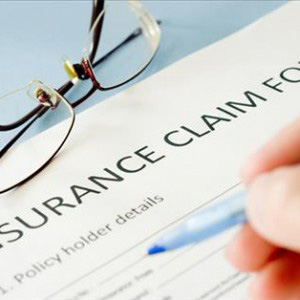 The 2019 ACA enrollment season is getting off to a stronger start – more health plan participation in the federal exchange, lower premiums – than many had expected.

It still faces enormous stresses, with the elimination of the mandate penalty, and the availability of alternative health coverage options that may undermine the markets. But for now, the news is quite good.

More plans are selling plans on the marketplace; 23 more qualified health plans for 2019, after years of exits. With insurers doing better, premiums are dropping slightly by an average of 1.5 percent for the benchmark silver plan, according to the Trump administration. In 2018, the benchmark premium rose by a whopping 36.9 percent and a painful 24.5 percent in 2017.

A year ago at this time, regulators were scrambling to fill bare counties. There are none this year, and only 39 percent of counties will have only one insurer in 2019. That’s still nowhere near as the law’s backers initially had hoped and assumed to create consumer choice and competition. But it’s a big improvement from 2018, where half of the counties had only one insurer options.

Ironically, the White House – which has spent so much time trying to repeal and undermine the law and not given up on that for a minute – now is taking credit for improving it.

“The president who was supposedly trying to sabotage the Affordable Care Act has proven better at managing it than the president who wrote the law,” Azar said in a recent speech in Nashville.

Backers of the ACA aren’t buying the administration’s salvation line. As they see it, the markets had been slowly stabilizing as insurers learned to navigate them and appropriately price plans to address the demographics and health status of an area. Prices may very well have been lower, and competition more robust by now had the administration not spent so much time and energy bashing and threatening the ACA.

The premiums are dropping most in Tennessee (26.2 percent – and more about that below), Pennsylvania (15.9 percent) and New Hampshire (15.2 percent).

But they are going up in North Dakota (20.2 percent – and it’s a state where Obamacare is deeply unpopular, and the incumbent Democratic Sen. Heidi Heidkamp is likely to lose her seat), Delaware (16.1 percent) and Hawaii (12.5 percent). Here’s the state-by-state breakdown from CMS.

A word about Tennessee. The state was regarded as an Obamacare basket case last year and at real risk of falling into a so-called “death spiral.” Now, the markets are far more robust, at least in urban areas, and premiums have fallen.