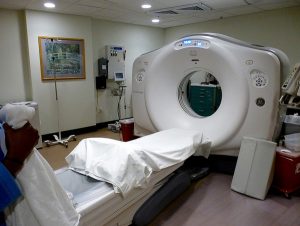 We earlier told you about one lawsuit that aims to take down the ACA – or at least wipe out the law’s most popular provisions. A ruling could come at any time. The judge in oral argument seemed quite sympathetic to the conservative states bringing suit, but we won’t know for sure until his ruling, which likely will be appealed.

The question is what will happen if the court does strike all or part of the law, especially with open enrollment beginning Nov. 1 (assuming that decision is not stayed pending appeal).

Guy Boulton of the Milwaukee Journal Sentinel looked at his state, Wisconsin, where the state attorney general has played a big role in the legal challenge and the governor has made his name in part on his opposition to the Affordable Care Act.

All the experts Boulton spoke to agreed. There would be chaos in Wisconsin and around the nation.

Depending on precisely how broadly the judge rules, Boulton sums up the potential outcome:

A preliminary injunction or final ruling declaring the health care act unconstitutional would affect more than the roughly 17 million people who have gained health insurance through the law, and the people with health conditions.

It would affect the following: children under the age of 26 who are covered by a parent’s health plan; the pricing for health insurance sold to small employers; and out-of-pocket costs of prescription drugs for some people covered by Medicare. Health insurers could also impose annual and lifetime limits on coverage, eliminate annual caps on out-of-pocket costs and charge young women higher rates than young men.

It also would affect an array of taxes and other provisions in the sweeping law.

Boulton notes further that Gov. Scott Walker – facing a tough re-election fight in November – has promised that Wisconsin will protect people with pre-existing conditions. But Walker hasn’t said how – and any protection would require the legislative action.  Similar scenarios are playing out across the country, including in Washington where Republicans briefly floated a pre-existing conditions protection bill that turns out to have many holes in it. As this McClatchy article notes, the bill requires insurers to cover people with pre-existing conditions, but not necessarily the needed treatment. In other words, a cancer patient could obtain insurance, but it wouldn’t necessarily cover oncology treatments such as chemotherapy and radiation.

So as we head into election season, reporters should follow Boulton’s example. Pay careful attention to what officials are promising – and what they may deliver.