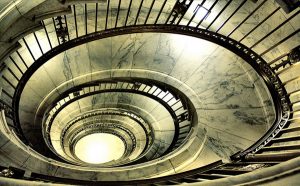 The Obamacare wars have re-ignited, thanks to Attorney General Jeff Sessions, the U.S. Department of Justice, and a surprising assault on the most popular part of the Affordable Care Act: the protections for people with pre-existing conditions.

A group of GOP state attorney generals, with Texas and Wisconsin in the lead, had filed in federal court what was generally regarded as a long-shot lawsuit to have the entire ACA scrapped. They argue that the individual mandate was the centerpiece of the whole thing, and the Supreme Court in 2012 had upheld the mandate as a tax. Now that Congress has repealed the mandate “tax,” these states argue, the rest of the law is invalid.  (Technically the tax cut law passed in late 2017 did not repeal the mandate – it made the mandate penalty zero dollars. However, for all practical purposes, the mandate is gone as of 2019 – one reason premiums for next year are rising again).

The case is Texas vs. USA –  and the DOJ basically sided with Texas. The administration didn’t call for scrapping the entire law – Medicaid expansion, for instance, and the exchanges could survive – although the exchanges would be even more hobbled than they are now. Led by California and its activist Attorney General Xavier Becerra, 17 Democratic states now are defending the law. (Here’s their filing.)

Crucially, DOJ did argue in its filing that zeroing out the mandate penalty means the court should strike the provisions on guaranteed issue (protection for people with pre-existing conditions) and community rating (not charging sick people more than healthy ones, and limiting how much older people can be charged compared with young ones). It didn’t ask for an emergency injunction, but requests a quick one so a decision to abolish the three provisions – the mandate, and the two protections would be effective at the start of 2019. In identical letters to Speaker Paul Ryan and House Minority Leader Nancy Pelosi, Sessions summarizes the legal reasoning. (This letter is helpful as it’s shorter and less technical than the full DOJ filing.)

The department argues that the three provisions are not severable from one another, so if one is out they all are out. Some legal experts point out that severability generally pertains to a court action, not a legislative one, so if the court abolishes X it also abolishes Y. Even so, Congress spent the better part of a year trying to repeal the ACA, and at the end of the day it acted on the mandate and only the mandate. It left pre-existing condition and other provisions intact – no severing.

Politically, it’s a shocker. The popularity of pre-existing condition protections crosses party lines and fueled many an angry town hall last year. The issue was a big reason that the GOP failed to repeal the ACA. The GOP had a political win in ending the unpopular individual mandate, but this new attack on pre-existing conditions turns the party’s messaging upside down between now and the November midterms.

Read any morning-after account coming out of D.C. after the court filing, and you’ll see that the Republicans on the Hill are not happy about being put in this position. Here is coverage by the New York Times, Washington Post, Politico and Associated Press.

If the judge rules for DOJ – still an enormous “if” – the case will take time to run through the courts, and possibly put the ACA before the Supreme Court again. It is not clear how a ruling in the department’s favor would affect the ACA insurance markets. Remember, there were plenty of predictions of collapse last year over the uncertainty and eventual suspension of the cost-sharing reduction subsidies. Some insurers, including big national ones, did bolt but enough remained and figured out how to make things work. The insurance industry issued a statement disagreeing with the DOJ position, arguing that removing the provisions will “result in renewed uncertainty in the individual market, create a patchwork of requirements in the states, cause rates to go even higher for older Americans and sicker patients, and make it challenging to introduce products and rates for 2019.”

In the Washington Post piece, the Kaiser Family Foundation’s Larry Levitt pointed out another wrinkle. Premium subsidies are based on a community rating. If that goes away so sick and healthy are charged different rates, it’s not clear how subsidies would be set – or whether they’d be adequate to cover people in poorer health or at higher risk for illness.

The state attorneys general joining California in backing the current law are Connecticut, Delaware, Hawaii, Illinois, Kentucky, Massachusetts, Minnesota, North Carolina, New Jersey, New York, Oregon, Rhode Island, Virginia, Vermont, Washington, and the District of Columbia. (Note that Kentucky has a stridently anti-ACA governor, but a Democratic attorney general who is the son of the former governor who led Kentucky’s successful embrace of the ACA. Vermont and Massachusetts have moderate GOP governors with Democratic AGs.)

(AHCJ members – I think I caught all the states where the governor and AG are from different parties – flag me if I missed one.)