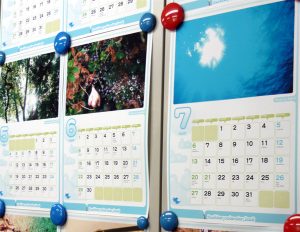 In my most recent post, I recapped what Georgetown University’s Sabrina Corlette, who is also a former Senate health policy aide, told us on an AHCJ webcast about association health plans. This post looks at the second part of the webinar, about short term limited duration plans. Both are options expanded by the Trump administration that may undermine the ACA markets. You can see her slides and listen to the webcast here.

It is worth nothing that health insurance remains very expensive for people who are trying to buy coverage on the individual market who do not quality for income-related subsidies in the ACA exchanges. The Trump administration offers AHPs and these short-term plans (which turn out to be not so short term, but more on that below) as a cheaper alternative. The problem is they are not comprehensive insurance – not anything close to that. And they aren’t available to everyone, either.

These plans are called short term because they are short term – under the Obama administration, they lasted just 90 days (the length of time one could go without ACA-compliant coverage without triggering the mandate penalty). They are supposed to be for a coverage gap, such as between school and a job, or between jobs. But under the new rule released by the Trump Administration on Aug. 1 (just after the Corlette webcast) , they can last 364 days – and can then be renewed for up to three more years. The Obama administration had allowed them for only 90 days as a stop gap.

Short-term plans are exempt from ACA rules because they are not even really considered insurance. The plans don’t have to cover essential health benefits, like maternity, mental health or prescription drugs. They can have lifetime and annual dollar limits. And they don’t have to sell to people with pre-existing conditions. And they aren’t subject to the MLR – medical loss ratio – rules, meaning they can be very profitable for insurers – and brokers will have incentives to market them over ACA-compliant plans as well.

“They are exempt from all of the ACA market reforms,” Corlette said.

Before the ACA , “it was sort of a sleepy little niche market,” lightly regulated by states, she said. “People bought them for very short amount of time – so states didn’t regulate them very much. There wasn’t a need to have a lot of robust consumer protections in these plans because … people were in them so briefly.”

Now people will be able to stay in them for as long as four years – and if they get sick or hurt, they will learn the hard way that they aren’t really well insured – because they aren’t likely to be marketed as “skimpy plans that don’t cover much.”

James Parker, a senior adviser to Health and Human Services Secretary Alex Azar, told reporters when the rule was announced, “We make no representation that it’s equivalent coverage.”

Backers of these new plans, both AHPs and renewable short-term plans, say they will probably mostly attract people who are uninsured because they can’t afford coverage. But Corlette and other critics fear they will draw younger and healthier customers out of the exchange, meaning the remaining clients – older and sicker – will push up premiums, exacerbating the problems. For that reason, a number of more liberal states hope to ban them, or at least make them live by more rules.

To learn more about these plans: