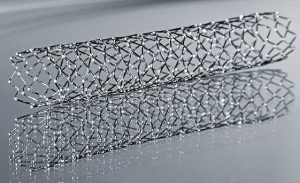 Medical devices — and the unrecognized or undisclosed risks some of them have — have been in the news quite a bit over the past few years, especially in the area of women’s health. The death of physician and activist Amy Reed last spring (and the push back she experienced from her advocacy) again drew attention to the dangers of power morcellation during gynecologic laparoscopies. Power morcellation during surgery has been used for two decades, but the research showing that they risk spreading an undetected cancer took much longer to appear, and controversy continues over the technique.

Similarly, questions about the risks of the permanent contraception device Essure took years to be taken seriously by the FDA. The device recently was recalled in Australia and controversy or its use in the United States continues.

Unusually, those are devices or procedures typically not considered high risk and which followed traditional routes to FDA medical device approval. Devices considered more high risk must follow a most rigorous FDA approval process, premarket approval. They comprise only about 1 percent of all devices that enter the market. Also, there are six separate “supplement” approval pathways for modifications to high-risk devices.

A recent study in JAMA found that less than half of the studies used to approve device modifications through premarket approval supplement pathways were randomized clinical trials. That finding suggests the evidence for those approvals could be substantially lacking, depending on the device and the reason for approval.

The FDA defines high-risk devices as those that “support or sustain human life, are of substantial importance in preventing impairment of human health, or which present a potential, unreasonable risk of illness or injury.” Examples noted in the JAMA article include coronary stents, hip prostheses and cosmetic facial injectable implants. Most clinical studies cited in approving these devices already are “nonrandomized, are unblinded, and often use surrogate end points that are not compared with active controls,” the study’s authors noted.

Even so, the six supplement pathways used to approve modifications to these devices are less rigorous than the original premarket approval process. Only one of these pathways — for “significant change[s] in design or performance of the device, or a new indication for the use of the device” — require clinical data at all. The JAMA authors used the Summary of Safety and Effectiveness Data for each of 78 supplements to evaluate the data used in 83 studies to approve the supplements.

Most (79 percent) of the supplements involved a labeling change; 18 percent were for changes to design, components or specifications, and 3 percent did not state the reason. The approvals took an average of 355 days from application submission to FDA approval, and only 15 percent of the supplements were sent for review by an FDA advisory panel.

Here’s a summary of the authors’ findings (a bit heavy on the numbers but important to understanding the implications):

The authors concluded, “These findings suggest that the quality of studies and data evaluated to support approval by the FDA of modifications of high-risk devices should be improved.”

That’s quite the understatement. How appropriate the approvals are without more evidence certainly will depend on the device and the changes proposed, but the study’s authors provide a case study on why their findings are of concern (emphasis mine):

“For example, the LAP-BAND’s indications were expanded through a panel-track premarket approval supplement relying on a single-group study (N = 160) without active controls (each study participant served as his or her own control) with a primary end point measured at 1 year; this expanded indication made an estimated 19 million more Americans able to have the gastric band placed. However, recent data indicate important concerns about the safety and effectiveness of the LAP-BAND; 18.5 percent of Medicare beneficiaries who have received this device underwent reoperation by 4.5 years, with an average of 3.8 procedures per patient.”

As the authors note, non-randomized studies have a higher risk of bias, and using surrogate end points can be problematic: “For surrogate end points to be useful to patients and clinicians, they must be shown to predict meaningful clinical outcomes, which rarely happens,” they write.