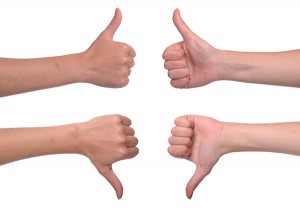 We have reams of data showing that people’s views of the Affordable Care Act largely align with their political view – Republicans hate it, Democrats like it (but by and large don’t love it.) That’s been a consistent finding in national polls and it’s particularly clear in the monthly Kaiser Family Foundation tracking polls.

What about doctors? Are their personal politics also coloring their view of the law passed six years ago? Apparently – yes, at least among primary care doctors and nurse practitioners.

I haven’t found any 2016 surveys taken amid the heated presidential primary season, during which the two physician candidates, Ben Carson and Rand Paul, bashed Obamacare. (Email me if you know of a reliable recent survey of physician views). But polls and studies in 2015 found that yes, primary care providers do split on the law based on their party affiliation – even though they did not find that it hurt the care they provided. (See full report.)

For both Democratic and Republican primary care providers, views were more polarized than the population as a whole.

KFF, in conjunction with the Journal of the American Medical Association, posted an infographic summing up physician views of health care delivery system changes.

Most physicians either reported no change, or that there was an improvement in their ability to provide care under the ACA. One in five reported deterioration. The most negative views were about cost. On that topic, 44 percent said the law had made costs worse.

Sixty percent said they were seeing more patients who were newly insured or newly covered by Medicaid.

In a KevinMD blog post, Bob Doherty, a public policy official for the American College of Physicians in Washington, said these findings disproves the myth that doctors hate Obamacare (at least in primary care… about surgeons, he wrote: “who knows!” )

The survey, he said, “shows us that the anti-Obamacare doctors do not represent the views and experience of most primary care doctors on the front lines, never mind ‘all’ of them. Doctors … clearly don’t “hate” Obamacare. Rather, more of them see Obamacare as doing some good things, like improving access; and doing not as well on other things, like lowering costs to patients. Much of what they do and see in their practices remains unchanged by it, for good or bad.”

It’s something to keep in mind next time you hear a local politician, or representative of a medical organization, tell you that “all doctors” think it’s destroying American medicine.