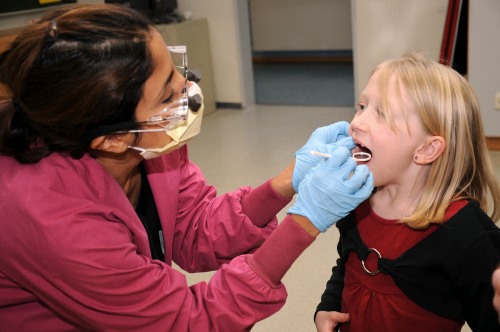 Children’s dental benefits are listed among the 10 essential health benefits under the Patient Protection and Affordable Care Act (ACA). Yet there is no federal requirement that people buy dental coverage for themselves or their children when obtaining health insurance on state marketplaces.

That lack of a mandate is having an impact, a new study from the American Dental Association concludes.

An average of just 15.9 percent of children obtained stand-alone dental coverage along with their medical plans across the 37 states included in the study. By the same measure, more adults – an average of 20 percent – obtained dental benefits along with their medical plans, according to the ADA’s analysis of data gleaned from the February 2014 marketplace enrollment report submitted by the U.S. Department of Health and Human Services.

“Many consumers appear to be foregoing the selection of dental benefits for both themselves and their children when they shop for medical plans in the marketplaces,” note researchers from the ADA’s Health Policy Resources Center in the new paper.

“It is clear from our analysis that the lack of a true mandate for pediatric benefits is having important consequences when it comes to expanding dental benefits to children,” observed study authors Cassandra Yarbrough and Marko Vujicic.

Dental benefits are usually sold separately from other types of health benefits and states faced challenges in figuring out how integrate dental coverage into the products for sale on their insurance marketplaces. (Resources for reporters: Tip sheet on pediatric dental benefits under the ACA | Webcast: Will families buy kids’ dental benefits on new exchanges?)

They came up with a variety of approaches, according to the ADA paper.

In Arkansas, California, Mississippi, Montana, New Jersey, New Mexico and Utah, dental coverage is only being offered through stand-alone plans. In Connecticut, the District of Columbia, Vermont and West Virginia, all health plans include children’s dental coverage, while many other states are offering a mix of stand-alone dental plans and medical plans that include pediatric dental benefits.

The authors noted that further research is needed into why some states have much higher take-up rates for stand-alone dental plans than others.

In an August 2013 study, the ADA estimated that as many as 8.7 million children might stand to gain extensive dental coverage through the ACA by 2018 with the expansion of benefits being almost evenly split among Medicaid (3.2 million), health insurance exchanges or marketplaces (3 million) and employer sponsored insurance (2.5 million).