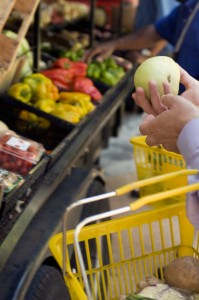 Food insecurity is a nicer way of saying people are going hungry. Many of those people are older adults—often poor, with limited means of obtaining enough to eat. They must decide whether to spend their meager budgets on food, medication, or housing; many do not even know where their next meal is coming from.

Prior to the start of the COVID-19 pandemic, one in seven adults between 50 and 80 had trouble getting enough food because of cost or other issues, according to a 2020 University of Michigan Healthy Aging poll. Since then, the problem has only gotten worse.

The pandemic has also exacerbated existing disparities among Black and Latino populations according to the USDA: Black and Latino adults are more than twice as likely as white adults to report that their households did not get enough to eat. We highlighted the issue of food insecurity back in June 2020 in this webinar. Has anything changed since March 2020?

While some states have eased SNAP (Supplemental Nutrition Assistance Program) eligibility, not all have done so. For example, in Arizona, which already had a higher than average rate of food insecurity, thousands of eligible older adults have yet to apply for assistance. The state needs to simply the process, this opinion piece in AZCentral urges. “Hunger puts our most vulnerable population at an even greater risk of COVID-related health decline.”

Some cities are stepping up to address this ongoing crisis-within-a crisis. According to the National League of Cities:

And in San Diego, Serving Seniors, the county’s largest provider of meals to seniors, had to pivot from operating 11 congregate meal sites to home delivered and “to go” meals.

However, reaching the most vulnerable older adults remains a challenge — many cannot get to food banks or other distribution sites due to lack of transportation or mobility issues. Some lack the tech savvy, infrastructure or know-how to order groceries online. Some people live in “food deserts,” where good quality, fresh food are often unavailable or too far away to obtain easily.

This story from NC Policy watch noted that many religious and non-profit groups have stepped up to fill in the gaps in that state. Elsewhere, governors are signing legislation, like this bill in Illinois to expand access, information and nutrition programs statewide.

While nonprofit and senior organizations were often left to their own creative devices during much of 2020 to address issues of food insecurity and hunger among older adults, the recently passed $1.9 trillion American Rescue Plan allocates millions in additional funding to reduce hunger among vulnerable populations. It also increases funding for SNAP programs by 15%, and provides additional support to food banks, among other provisions. Most people eligible for SNAP should see an increase in benefits of $230 per month through the end of September, according to this story from UPI.

If you plan to cover this issue, a new tip sheet provides some background on existing and expanded food assistance programs for older adults (these often encompass children and pregnant women as well). It also highlights story ideas, resources and experts you can reach out to who can inform and enhance your reporting on a serious, ongoing problem facing nearly 6 million older adults.