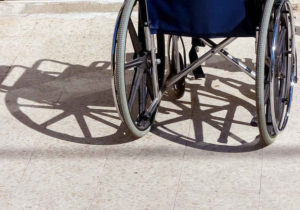 Deaths among nursing home residents in New York state have been underreported by as much as 50%, according to a new report from New York State Attorney General Letitia James. James has been investigating nursing homes’ response to the COVID-19 pandemic since March following allegations of patient neglect and other concerning conduct that may have jeopardized the health and safety of residents and facility employees throughout the state.

Among the report’s findings: many more nursing home residents died from COVID-19 than was reflected in data published by the New York State Department of Health (DOH). The investigations also revealed that nursing homes’ lack of compliance with infection control protocols put residents at increased risk of harm, and facilities with lower pre-pandemic staffing ratings had higher COVID-19 fatality rates.

Based on these findings and subsequent investigation, James is now investigating more than 20 nursing homes where reported conduct during the pandemic’s first wave presents a particular concern.

“As the pandemic and our investigations continue, it is imperative that we understand why the residents of nursing homes in New York unnecessarily suffered at such an alarming rate,” James said in a written statement. “While we cannot bring back the individuals we lost to this crisis, this report seeks to offer transparency that the public deserves and to spur increased action to protect our most vulnerable residents. Nursing home residents and workers deserve to live and work in safe environments, and I will continue to work hard to safeguard this basic right during this precarious time.”

The attorney general’s office said they received hundreds of complaints on its COVID-neglect hotline that launched last April, according to this story from WCBS-TV. As of Jan. 27, New York has reported more than 8,700 nursing home deaths linked to COVID-19. Last August, the Associated Press reported that Gov. Andrew Cuomo downplayed alleged undercounts of nursing home deaths in his state, saying it made sense to only include residents who died while on the nursing home property and not to include those who died after being transported to hospitals.

As this New York Times story described, “in one instance, an unnamed facility reported to the Health Department that it had 11 confirmed and presumed deaths on-site through early August. The attorney general’s survey of that same facility, however, found 40 deaths, including 27 at home and 13 in hospitals.”

Among the 76-page report’s other findings:

“Despite these disturbing and potentially unlawful findings, due to recent changes in state law, it remains unclear to what extent facilities or individuals can be held accountable if found to have failed to appropriately protect the residents in their care,” the report said. To ensure no one can evade potential accountability, James recommended eliminating these newly enacted immunity provisions.

As of this writing, Cuomo has not responded to the report’s findings. However, Department of Health Commissioner Howard Zucker, M.D., said in a statement that the state was consistent in its reporting of deaths based on place of occurrence and blamed the Trump administration for failing to provide adequate guidance in how to record deaths.

Here are some questions to answer when reporting on this topic in your community: