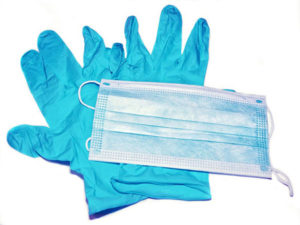 At the start of the COVID-19 pandemic, nursing homes throughout California were preparing for a wave of cases. Older adults, particularly those who are frail or have multiple chronic conditions, are among those at the highest risk of developing COVID-19 and dying from the complications.

Sacramento Bee reporter Jason Pohl decided to look at homes with the most problems; those with violations, poor ratings and dodgy inspection reports.

He thought it would be a fairly straightforward one-off piece, just another among several he’d already written about his state’s battle to contain transmission of the virus. He found one nearby facility with the questionable honor of being “the worst” when it came to infection control.

But the story instead became the start of a six-month reporting saga on frontline institutional workers.

For months, families, advocates, and journalists had little idea what exactly was going on in these care facilities ― other than too many people were getting sick due to rapid spread. We may never know the exact number since CMS did not mandate facilities to report cases or deaths until April and did not post its first set of data until June. But the question remained: why were certain homes doing so much better, or worse, than others? And how had the poorly ranked facility that Pohl initially featured seem to have been able to avoid a spread of infection when other, more highly rated facilities could not?

Pohl leveraged an offer from the new administrator of that low-rated nursing home to take a closer look at this facility and what they were doing to prevent the spread of infection. He didn’t just want to hear from the folks in the corner office and so approached frontline workers — nurses, aides, and support staff. To his surprise, they said yes.

In a new How I Did It piece, Pohl describes his interviews with the facility’s director of nursing and head housekeeper. His follow-up story initially was positioned as a success story amid so many examples of COVID-related failures in California nursing homes. However, success was fleeting, as Pohl described. With cases of COVID-19 now confirmed at that nursing home, his key sources went silent.

Pohl finally caught a break in October, when the nursing director agreed to meet in person to talk about the toll that the pandemic had taken on frontline workers. His subsequent story highlighted in stark and personal terms what these workers endured — from missed time with their own families to contracting the virus—all to provide good care to vulnerable elderly residents.

His lesson for other journalists? Patience, tenacity and a little bit of luck.