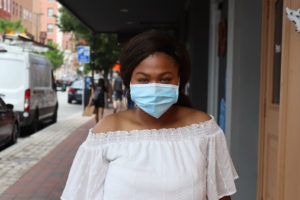 Rice, who is dean of Atlanta’s Morehouse School of Medicine, knows the history of racism in medical research and understands some Black Americans’ reluctance to get the vaccine. As CNN’s Nicquel Terry Ellis reported, Rice trusts the Pfizer-BioNTech vaccine and would not recommend it if she did not trust it. To emphasize the point, Rice noted that Black scientists and doctors played significant roles in developing the vaccine and reviewing Pfizer’s FDA application for approval.

The U.S. health system is asking people of color to overcome such fears to get vaccinated, despite years of racism in health insurance and health care. In a new AHCJ tip sheet, we outline some of the many ways that health care journalists can localize stories about how disparities in health insurance and care have allowed COVID-19 to ravage people of color disproportionally in this country.

“Our disjointed health care system in America made it possible to camouflage those health disparities for a long time,” said Xavier Becerra, the attorney general of California, who President-elect Joseph R. Biden has named to head the federal Department of Health and Human Services.

“The ACA did a great job in making people aware of the fact that so many people were being left out, but COVID-19 was the great unmasker,” Becerra said in an interview with Joanne Kenen of Politico.

“There was no way that any American could now deny that people in America are receiving health care differently because of their race or ethnicity or because of a disability,” said Becerra, also a former congressperson. “And now we can go at it, but let’s not fool around: You cannot say that you’re not aware that there are people in America who are getting worse care because of who they are.”

During AHCJ’s Journalism Summit on Infectious Disease last month, Kathleen Raquel Page, M.D., an infectious disease specialist and associate professor at Johns Hopkins Medicine, explained the Latino community’s struggles in Baltimore during the pandemic. In her job facilitating COVID-19 testing for this community, she recalled encountering many undocumented immigrants with the virus and needing testing.

For the past decade or more, the number of immigrants in Baltimore has been growing, many of them coming from Mexico or Central America. The coronavirus made it necessary for many of these people to need care, but Page said they were reluctant to do so.

“It is very difficult for them to access care,” she said, noting that they often lack health insurance and don’t have a primary care doctor.

“Also, there was a lot of misinformation,” Page said. “We kept on hearing about people being afraid to go to the hospital because they didn’t want to get medical bills or there were rumors that bad things would happen to them at the hospital. They also heard that the hospital was experimenting on minorities.”

Page’s entire presentation and all of the videos from the summit are available on the AHCJ site.