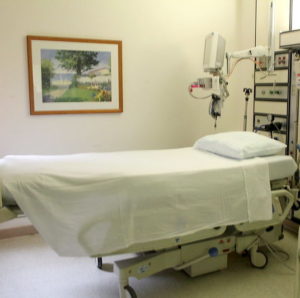 Recognizing that the potentially high cost of COVID-19-related hospital and physician care may cause the uninsured to forego care, the Trump administration announced Friday that it would use funds from a federal stimulus law to pay hospitals and physicians for treating those patients. In return for accepting Medicare rates in these cases, the hospitals and doctors would need to agree not to bill those patients, Stephanie Armour reported for The Wall Street Journal.

President Trump announced the plan during a daily Coronavirus Task Force briefing at the White House. The administration had been criticized when it said earlier that it would not open a special enrollment period under the Affordable Care Act for those who are uninsured or who lose their employer-sponsored coverage when they lose their jobs.

Under the ACA, Americans who lose their jobs can apply for coverage on the marketplace because losing job-based coverage is a life-changing circumstance under the law, as Armour reported. “Applicants need to furnish documentation for the coverage and possible subsidies to reduce premiums, however, which may pose a barrier to some,” she wrote.

Without testing and treatment, the uninsured would be likely to continue to spread the disease, a factor that exposes the risk of not providing health insurance to all Americans. According to a November report, “Health Insurance Coverage in the United States: 2018,” more than 28 million Americans are uninsured.

As of Friday, the federal Centers for Disease Control and Prevention reported that the total number of coronavirus cases in the United States was 239,279 and that 5,443 Americans had died.

Lacking health insurance exposes Americans to some of the highest costs that any American would pay for hospital care. On March 19, Time magazine’s Abigail Abrams wrote about Danni Askini, a Boston-area woman, who was uninsured when she was diagnosed with the new coronavirus. The cost of her care was almost $35,000.

“I was pretty sticker-shocked,” Askini told Abrams. “I personally don’t know anybody who has that kind of money.” The uninsured often pay more for hospital care because health insurers have contracts with hospitals to keep charges lower for the fully insured.

On Wednesday, CNBC’s Megan Leonhardt reported that those who are uninsured and hospitalized with coronavirus would have needed to pay $42,486 to $74,310. These numbers come from a report from FAIR Health, an independent nonprofit organization that says it has the nation’s largest database of privately billed health insurance claims and claims from Medicare Parts A, B and D claims since 2013. For the study on inpatient coronavirus treatment costs, FAIR Health projected costs for COVID-19 patients requiring inpatient hospital stays based on data from more than 30 billion private healthcare claim records and estimates of Medicare and Medicaid costs. The report, “The Projected Economic Impact of the COVID-19 Pandemic on the U.S. Healthcare System,” was published March 25.

Note that in a separate report, “Potential costs of coronavirus treatment for people with employer coverage,” from the Peterson-KFF Health System Tracker, researchers estimated that the cost of an inpatient admission for COVID-19 treatment could be more than $20,000.

On March 27, Trump signed the $2 trillion Cares Act into law, providing more than $100 billion for hospitals and community health centers caring for patients with COVID-19, Armour reported. Nine days earlier, Congress passed and Trump signed the Families First Coronavirus Response Act, which covers testing for the coronavirus, including coverage for the uninsured. We covered that law in a this blog post.