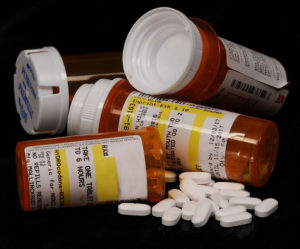 Spurred by concerns about opioid addiction and antibiotic overuse, experts have urged clinicians across health care disciplines to take a hard look at their prescribing habits. Dentists, who are numbered among the nation’s leading prescribers of opioids and antibiotics, have been included in these warnings.

Dentists were responsible for writing more than 11 million opioid prescriptions one recent year, yet experts have cautioned that addiction often begins with such routine prescriptions.

And ibuprofen and other nonsteroidal anti-inflammatory drugs (NSAIDs) alone or in combination with acetaminophen are better at easing dental pain than opioids, a major 2018 systematic review concluded.

Meanwhile, dentists, who were identified as the top specialty prescribers of antibiotics in the U.S. in 2011, have been urged to be more mindful of antibiotic stewardship as well.

In 2017, federal researchers observed that antibiotics prescribed by dentists could be contributing to the spread of Clostridioides difficile, which alone killed more than 29,000 people in the U.S. in 2011.

In 2019, the American Dental Association (ADA) issued a new guideline cautioning that in most cases antibiotics are not recommended for toothaches.

But what about the people with aching or decayed teeth who don’t regularly see a dentist for reasons that include the lack of insurance, provider shortages or the ability to pay out-of-pocket for services? They often end up in hospital emergency departments.

Since most hospitals are not set up to provide dental care, the patients seldom receive the specific dental treatments to address their underlying problem. But they are frequently prescribed antibiotics and opioids to treat the pain.

In a new study, published in the March issue of the Journal of the American Dental Association, a team of federal researchers tapped into nationwide 2012-14 health care treatment data to explore this trend.

They found that more than half of patients who visited the emergency department for a dental problem filled a prescription for antibiotics, and approximately 40% filled a prescription for opioids within a week of their dental-related ED visit. More than 30% of patients filled prescriptions for both an antibiotic and an opioid as a result of the visit, concluded the researchers, from the Centers for Disease Control and Prevention and the U.S. Food and Drug Administration.

The study found that a higher percentage of Medicaid beneficiaries (280,410, 4.9%) had dental related visits to hospital emergency departments compared to commercially-insured patients (159,066, 1.3%). The researchers observed that the most common diagnoses were similar for both groups and included tooth decay. In both public and privately-insured cohorts, adults aged 18 to 34 were the most likely to visit the ED for dental problems.

The high cost and ineffectiveness of ED visits for addressing dental problems has attracted attention over the years. Hundreds of thousands of emergency department visits for toothaches and other oral complaints have been estimated to cost the system $1.6 billion a year. The problems would be far cheaper and more effectively addressed with timely routine dental care, experts agree.

The paper sheds new light on such concerns and offers additional reasons for researching and addressing them, according to the authors.

“Although considerable work has been previously published describing overall antibiotic and opioid prescribing in the United States separately, this study is unique in further exploring the direct relationship between opioid and antibiotic prescribing for patients who receive health care in the ED for dental conditions that should otherwise be provided by a dentist,” they wrote.

“Given previous findings that dental-related diagnoses are a common and potentially avoidable reason for (emergency department) visits, the prescribing of antibiotics and opioids for these conditions becomes even more concerning,” the authors concluded.   The study calls for improved access to routine dental services, more research into prescribing practices, expanded public health efforts to integrate interventions and to better educate non-dentists about dental conditions.