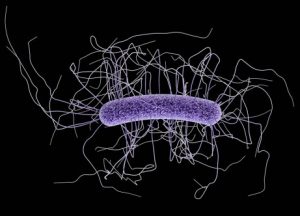 Across America, dentists write about 10% of all antibiotic prescriptions, data show, making them the top specialty prescribers of antibiotics in the U.S. one recent year.

But do the benefits of all these prescriptions outweigh their potential for harm? Amid concerns about antibiotic resistance – and the spread of Clostridioides difficile, a bacterium that causes antibiotic-associated colitis – researchers are saying “no.”

For years, dentists prescribed pre-treatment antibiotics to many patients with joint replacements and heart conditions in the belief that such patients were at risk for serious complications – distant site infections – caused by bacteria introduced into the bloodstream during care.

But research over the past decade has called into question the wide need for so-called antibiotic prophylaxis in dentistry. Far narrower clinical guidelines, now in place, support premedication for only a relatively small subset of patients deemed at risk for infective endocarditis.

Because of growing concerns about antibiotic overuse, experts have urged clinicians across health care disciplines to moderate their prescribing habits. Still, a 2019 study found that many dentists have continued to liberally prescribe pre-treatment antibiotics. The study, published in JAMA Network Open, concluded that more than 80% of prescriptions written by dentists for infection prophylaxis over several recent years were unnecessary.

The study focused upon commercial dental insurance claims data for more than 91,000 patients who received antibiotic prophylaxis for approximately 168,000 dental visits from 2011 to 2015. The researchers determined that only 20.9% of the patients had specific cardiac conditions that still make such antibiotic prescriptions advisable.

“Antibiotic resistance, risk of Clostridioides difficile infection, and general adverse effects outweigh any potential benefit, which is likely to be small,” noted the team of researchers, led by Katie J. Suda, of the University of Illinois at Chicago College of Pharmacy. “Therefore, antibiotics before dental procedures are only recommended per guidelines in patients with cardiac conditions at the highest risk of adverse outcome from infective endocarditis undergoing invasive dental procedures.”

Noting that their findings “have strong public health implications,” the authors wrote that the paper should “initiate a call to action to the public health and dental communities to improve prescribing of antibiotics for infection prophylaxis.”

In 2017, federal researchers warned that antibiotics prescribed by dentists could be contributing to the spread of Clostridioides difficile, which killed more than 29,000 people in the U.S. in 2011 alone.

Stressing the importance of antibiotic stewardship within the profession, the American Dental Association’s Center for Scientific Information summarized a series of updated recommendations for antibiotic prophylaxis earlier this year.

“Compared with previous recommendations, there are currently relatively few patient subpopulations for whom antibiotic prophylaxis may be indicated prior to certain dental procedures,” the organization noted.

For most dental patients with prosthetic joint implants, prophylactic antibiotics are no longer recommended for the prevention of joint infection, the group stated.

“This is based on a review of scientific evidence, which showed that the risk of adverse reactions to antibiotics generally outweigh the benefits of prophylaxis for many patients who would have been considered eligible for prophylaxis in previous versions of the guidelines.”