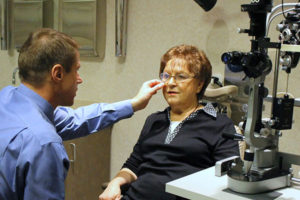 Medicare Advantage plans may not be all they’re cracked up to be and often mislead consumers, according to a new MedPage Today story by reporter Cheryl Clark, who also is AHCJ’s new patient safety core topic leader. As Clark puts it, “getting out is a lot harder than getting in.”

Anyone turning 65 has several months on either side of their birthday to choose to enroll in traditional Medicare, the government-run health insurance for older adults and certain people under 65 with disabilities. Medicare includes Parts A (hospitalization), B (physician services) and an optional Part D (prescription drug plan). As of November, Medicare covered nearly 39 million people.

Many consumers also add a supplemental plan to help cover copays, deductibles and services Medicare doesn’t cover. It can be a complicated and confusing process, as Phil Moeller explains here.

Another option is to enroll in a Medicare Advantage (MA) plan sold by private insurers, something the Centers for Medicare & Medicaid has strongly encouraged. MA plans offer a range of perks to entice enrollees — including gym memberships, vision, dental and prescription drug coverage — for one inclusive premium that often is the same or only slightly higher than a traditional Medicare package. About 21.6 million older adults have chosen this option as of November 2019, according to CMS, but as Clark points out in her story, MA plans often lack some vital transparency.

It can be almost impossible to switch from an MA plan to traditional coverage if you wait too long or end up sick, creating a pre-existing condition. Clark details how one San Diego resident found this out the hard way. These various regulations also can make it confusing for journalists to accurately cover the nuances among different MA health plans. The marketing can be misleading, with true benefits and restrictions hidden in the fine print and provider networks more narrow than expected.

Clark has developed a timely tip sheet for AHCJ to help reporters better understand the sometimes less-than-helpful information put out by CMS and insurers. Under the ACA marketplace plans, consumers have the option to switch coverage annually during open enrollment or other times during the year if they have a “qualifying life event,” but Medicare is even more strict about when people can enroll, change, or change back from an MA plan.

MA plans in particular often don’t provide enough information about costs should a beneficiary become seriously ill, want to switch back to traditional Medicare, or how plans may “understaff” to avoid attracting expensive enrollees with serious illnesses like cancer, Clark reported.

Note that while open enrollment runs from Oct. 15 to Dec. 7, Medicare Advantage enrollees have additional time to make changes, according to CMS: