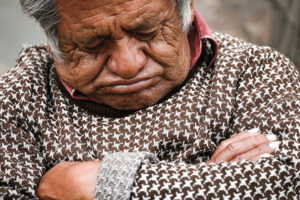 Sleep disturbances among Hispanics may increase their risk of cognitive impairment and Alzheimer’s disease, according to a new study. Researchers found that insomnia and prolonged sleep duration appear to be linked to a decline in neurocognitive functioning that can precede the onset of Alzheimer’s disease or other dementias.

This finding is particularly important because Hispanics have a significantly higher risk of Alzheimer’s disease compared with non-Hispanic whites. Onset also occurs sooner, according to prior research from Duke University.

A multi-center research team analyzed participants in the nationwide Hispanic Community Health Study/Study of Latinos, which includes about 16,000 Latinos from diverse backgrounds at four major urban centers located in Chicago, Miami, San Diego and the Bronx, New York. Researchers followed 5,247 participants between 45 and 75, giving them a neurocognitive test at the start and repeating the test seven years later, according to lead author Alberto. Ramos, M.D., associate professor of neurology at the University of Miami.

They found that prolonged periods of sleep and chronic insomnia symptoms led to declines in memory, executive function and processing speed. Those measures can precede the development of mild cognitive impairment and Alzheimer’s disease.

This Miami Herald article delves into more details about the testing, which also included measures of sleep apnea, another condition which has been linked to impaired cognition. No previous studies used data from a representative sample of U.S. Hispanic/Latinos for these multiple types of sleep disturbances, as UPI reported.

The findings provide a foundation for building awareness among physicians that sleep disturbances may be linked to neurocognitive decline, particularly in Hispanic patients. Researchers hope they may also be able to identify at-risk patients who may benefit from early intervention to prevent or reduce the risk of dementia. The Latino population is the second fastest growing group in the United States, according to this story in Latina Lista. The CDC estimates that by 2060 3.2 million Latinos will be affected by Alzheimer’s.

Future research may involve quantifying the potential interaction of sleep disorders with cerebrovascular disease and neurocognitive decline. Other potential areas of study may look at individual circadian rhythm, or internal clocks, as well as genetic studies that can clarify the relationships of sleep disorders with neurocognitive decline, Ramos said.

The study, “Sleep and Neurocognitive Decline in the Hispanic Community Health Study, Study of Latinos,” appeared in the Oct. 9 edition of Alzheimer’s & Dementia: The Journal of the Alzheimer’s Association.

Journalists may want to look at the incidence of Alzheimer’s among Hispanics/Latinos in their communities. What efforts are being made to raise awareness about this condition? What resources are available for those who are diagnosed or their families?