The Trump administration has been talking tough on drug prices for many months and, of course, pharmaceutical companies and other organizations have pushed back because they mostly oppose controls on the free market for prescription drugs.

For health care journalists covering these proposals, it’s essential to remain skeptical of any group that offers support or opposition and, as always, follow the money.

Various parties have issued proposals to control the rising cost of prescription drugs. For instance, the Trump administration is considering an executive order to cut prices on brand-name prescription drugs for members of Medicare and other government-sponsored health programs, according to drug industry sources that Michael Erman and Carl O’Donnell cited when reporting for Reuters last week.

Also last week, the Senate Finance Committee voted 19-9 to control rising drug costs in the Medicare and Medicaid programs by approving a bill introduced by Committee Chairman Chuck Grassley (R-Iowa) and Ranking Member Ron Wyden (D-Ore.), S. 102: Prescription Drug Price Relief Act of 2019. While this bill sounds like a positive step for those who favor controlling rising drug costs, Emmarie Huetteman reported for Kaiser Health News that even those Republicans who supported the bill in committee may not vote for it in the full Senate — if it gets that far. “They object in particular to a provision that would cap drug prices paid by Medicare based on the rate of inflation,” she wrote.

As with any effort to control drug or health care costs, these proposals are certain to draw opposition, as we’ve seen with plans to improve health insurance and limit surprise medical bills. During the election last fall, we covered the challenges reporters face in separating fact from fiction when states consider plans to limit costs or improve care. 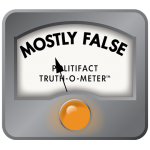 Here’s a good example of a how a news organization checked the facts on a Trump administration plan to use reference pricing to constrain rising drug costs. On July 22, Kaiser Health News partnered with PolitiFact in reporting by Shefali Luthra on tying some payments in Medicare Part B (which covers drugs administered in hospitals and in physicians’ offices) to what drug companies charge in other countries, such as those in Europe. This idea is sometimes called reference pricing, meaning consumers would pay no more than a lower or index price that consumers pay elsewhere.

In opposing this plan, the conservative group, Americans for Tax Reform, said the Trump administration was “considering a plan to adopt socialist price controls from foreign countries.” PolitiFact rated the argument that reference pricing is akin to “socialist price controls” as mostly false. Luthra added the important distinction that even criticizing the term “price controls” is suspect because the European countries use reference pricing to limit what national insurance plans pay not the prices drug companies set. As Luthra showed, it’s important to consider the nuance behind opponents’ arguments.

At Stat News, Lev Facher reported on how and why conservatives oppose reference pricing. In his article, Facher included a link to a letter listing 55 conservative groups that oppose the Trump administration’s plan, called the International Pricing Index Model for Medicare Part B Drugs. Those groups include the American Conservative Union and the Council for Affordable Health Care.

In his article, he quoted Katie Mahoney of the U.S. Chamber of Commerce. “So it is somewhat strange that a conservative administration is putting out proposals that seem to have a tinge of socialist background,” said Mahoney, the chamber’s vice president for health policy. The chamber represents pharmaceutical manufacturers and industry trade groups, he added.

In 2017, the Pharmaceutical Research and Manufacturers of America (PhRMA) gave $500,000 to the Coalition for Affordable Health Coverage, which represents health industry stakeholders including drug companies. Also, PhRMA gave $150,000 to the American Conservative Union, according to an Internal Revenue Service disclosure, he wrote, and the union listed only drug pricing as its one topic of discussion with members of the U.S. House of Representatives.

Last spring, Richard Lardner, who covers lobbying and influence in Washington for The Associated Press, also followed the money when reporting on the funding behind a radio ad critical of the Trump administration’s plan to lower drug prices. In his article, “Group with consumer-friendly vibe pushes drugmakers’ message,” which ran in The Washington Post, The New York Times and other papers on March 18, Lardner explained the problem succinctly. “As ominous music plays in the background, the narrator of a radio ad echoes objections from drugmakers by warning that a Trump administration proposal to apply international pricing to certain Medicare drugs would be a nightmare for seniors,” he wrote.

“The one-minute spot is the handiwork of the Alliance for Patient Access, a nonprofit group that gives off a consumer-friendly vibe but is bankrolled by the powerful pharmaceutical industry,” he wrote.

Others who have written about how pharmaceutical companies have donated money to patient groups include Sydney Lupkin, Elizabeth Lucas and Victoria Knight of Kaiser Health News. In an article published March 4, Big Pharma Gave Money To Patient Advocacy Groups Opposing Medicare Changes, they reported finding that about half of the groups representing patients had received funding from the pharmaceutical industry.

“Drugmakers funneled more than $58 million to the groups in 2015 alone, according to financial disclosures in KHN’s “Pre$cription for Power” database, which tracks the little-publicized ties between patient advocacy groups and drugmakers,” they wrote. “As patient organizations gain ground lobbying Congress and the administration, experts have begun to question whether their financial ties could push them to put drugmakers’ interests ahead of the patients they represent.” For the database, KHN works with American University’s Investigative Reporting Workshop to investigate the relationships between patient advocacy groups and the pharmaceutical industry.