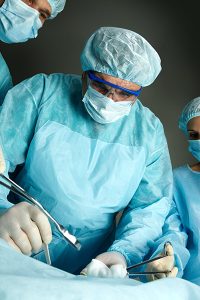 How old is too old to practice medicine? That’s a question without a definitive answer, but one of concern to health systems, patients and clinicians.

Normal age-related physical or cognitive issues don’t mean physicians or nurses should stop practicing by a certain age, but according to this new tip sheet from reporter Cheryl Clark, many doctors are seeing patients, and even performing delicate surgical procedures well into their 80s … or even 90s. On the one hand, these doctors may be the only ones available in rural or lower-income areas; they’re helping alleviate the workforce shortage. On the other hand, there’s concern they could they be putting some patients, or themselves, at risk.

Clark takes a look at some of the issues that journalists may want to tackle as they report out this story locally. And she warns, “This is not an easy story to tackle. But regardless of where you live or who your readers are, it’s an important one that could impact the supply of providers in your area. “

The American Medical Association estimates that roughly a quarter of all practicing physicians (26.6%) were over age 65 in 2017. Clark points out the rise of hospitalists as a stand-alone specialty means that community physicians have less interaction with the health systems— some may no longer even venture into a facility. That means decline, whether physical or cognitive, can be more difficult for their peers to notice.

Surgeons and other specialists may perform invasive procedures in their office or clinic, away from more obvious professional oversight. Many doctors don’t want or can’t afford, to retire. And according to Clark, they feel their years of experience often make up for any lag in cognitive function or physical slow-down.

Right now, there’s no national policy that requires physicians to be screened or evaluated past a certain age. Some AMA members think its best the organization develops its own evidenced-based policy around age issues, before one is imposed on them. There’s concern health systems could use mandatory age screenings to “get rid of” older (and higher salaried) doctors in favor of younger staff. Clark reports it’s already happening in some practices and specialties in Southern California and elsewhere. Paula Span also reported in The New York Times that some hospitals are starting to implement age cutoffs.

Reuters reported last year that more doctors are starting to agree that some kind of cognitive and physical testing, depending on specialty, is useful, but at what age? This Washington Post essay by a practicing physician in Maryland discusses his own experiences with aging, and offers some advice for patients who may have concerns.

Clark’s tip sheet walks reporters through the steps they can take to put a local spin on this issue. Number one is “get the numbers.” She provides an excellent list of resources, sources, and ideas on how to flesh out a story, along with examples of her own coverage of the issue.

One additional resource you may want to explore is this blog post from James Allen, M.D., which has numerous links to professional associations and can help you gather age-related data by specialty.