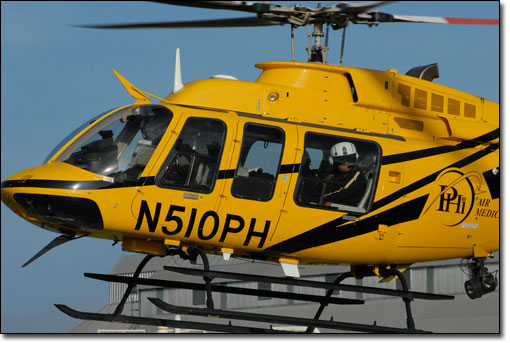 Over the past several years, health care journalists have done great work highlighting the problem of surprise medical bills. There’s been so much coverage that even the U.S. House of Representatives has begun  examining the issue, as Vox’s Sarah Kliff reported on March 25.

Among the many surprise patient medical bills that Kliff and others have reported about come from air ambulance companies. Last week, the Government Accountability Office issued a report, “Air Ambulance: Available Data Show Privately-Insured Patients Are at Financial Risk,” showing that health insurers often will not pay for such service because air ambulance companies are usually out-of-network providers.

The problem with these supposedly life-saving transports is that they can put patients at financial risk, the GAO said. In other words, air ambulances are another example of the financially toxic nature of our health care system. 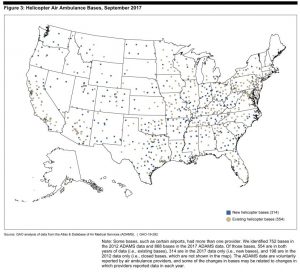 Financial toxicity is a term we’ve reported on before. Among the first uses of the team was for patients with cancer who needed expensive drugs and other treatments. See, for example, these two articles from Oncology in 2013, “Financial Toxicity, Part I: A New Name for a Growing Problem;” and “Financial Toxicity, Part II: How Can We Help With the Burden of Treatment-Related Costs?”

The GAO reported that, in 2017, 69 percent of about 20,700 transports involved out-of-network transports for privately-insured patients. “This is higher than what research shows for ground ambulance transports (51 percent in 2014 according to one study) and other emergency services,” the GAO said.

The GAO examined more than 60 consumer complaints from two states and found that all but one complaint involved a balance bill of more than $10,000.

Susannah Luthi reported for Modern Healthcare that air ambulance companies are not subject to such regulatory controls, such as the certificate-of-need laws that 35 states and the District of Columbia have passed to regulate the addition of new medical facilities. “Without limits on the number of bases a company can build, emergency air transport providers can keep adding to their fleets and raise their charges to make up for the fact the number of patients needing transport isn’t increasing at the same pace,” Luthi wrote.

For more on surprise medical bills, follow the coverage that Kliff is doing for Vox on this issue. Other good sources are available at Consumer Reports, and the coverage that NPR and Kaiser Health News having been doing. Last month, Shefali Luthra and Emmarie Huetteman reported for KHN that ideas to rein in surprise bills are gaining bipartisan support in Congress.

For a good example of how one reporter is covering surprise medical bills in her state, check out the work Anna Wolfe did at the Clarion Ledger in Jackson, Miss., including this article on an air ambulance bill and an ““How I Did It” blog post she wrote for AHCJ last year.