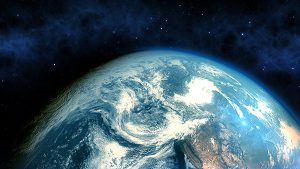 However, many journalists have yet to make the connection between the warming climate and public health.

“People see this as an issue of the future, and we need to change this perception,” said Ari Bernstein, M.D., a pediatrician at Boston Children’s Hospital and co-chair of the Harvard T.H. Chan School of Public Health’s Center for Climate, Health and the Global Environment, during a Jan. 22 webcast.

As the amount of carbon dioxide has spiked in the atmosphere over the past 100 years, land and ocean temperatures have risen about 1.33 degrees Fahrenheit. Rising temperatures have led to more violent storms, bigger rainfalls and increased changes in heat and cold around the globe. In turn, these environmental changes have led to destruction to public health infrastructure, infectious diseases emerging in places they hadn’t existed before and people dying prematurely.

“Climate change is the most challenging public health problem that the world is facing today,” Gina McCarthy, an administrator of the U.S. Environmental Protection Agency during the administration of President Obama and director of the Center for Climate, Health and the Global Environment, told AHCJ members.  “There is a huge opportunity here to improve public health by taking actions that also benefit the climate. It’s the biggest twofer that we can offer.”

In November 2018, public health journal the Lancet, published a report incorporating the work of 24 academic institutions warning of growing health effects from climate change – from increasing heat stress to air pollution. The report also raised alarms about the risk of deadly infectious diseases, like Ebola and Zika, spreading to new places. [Zika is carried by a type of mosquito and Ebola is believed to be carried by bats.]

“One thing I learned at the EPA was just how excited people get about Ebola and Zika, and understandably so,” said McCarthy. “We need to channel that energy [about Zika and Ebola] and broaden [people’s] understanding, [about the threat of emerging infectious diseases], as if we are dealing with Ebola and Zika every day. Which we are.” (Read more about the ongoing challenges of Zika here on Monday, Feb. 4.)

Risks to people by emerging infectious diseases vary, depending upon age, and health status. For example, the risks of Zika to a pregnant woman, or a woman considering pregnancy, are different than the risks of Zika for an older man, noted Bernstein. Zika is known to cause damage to a fetus, but rarely leads to serious illness in an adult who isn’t pregnant. Risks to people from increasing heat and air pollution also vary, depending upon age and health status. For example, senior citizens with chronic health issues should have a heat preparedness and air quality plan, so they know when the environment outside their home is dangerous to their health, Bernstein said.

“They need to have an understanding of what is too hot to be outside,” he said.

And excessive rainfall and intense storms may be increasing risks of waterborne diseases like diarrheal diseases and algae blooms that can be dangerous for children and the elderly.

“Health care providers must absolutely…get a decent understanding of what diseases might be in play and who might be at risk” by focusing on climate change and its impact on health, said Bernstein.

McCarthy and Bernstein had many suggestions for AHCJ members for stories. They include considering reporting the story in personal terms, such as the ways that climate change is

See the webcast and slides with climate change resources here.