In August 2018, the Democratic Republic of Congo declared its 10th outbreak of Ebola in 40 years. The number of cases has now surpassed 3,000 and more than 2,000 have died, making it the second biggest and deadliest Ebola epidemic after the West Africa outbreak of 2014-16.

One of the local journalists on the ground is Al-hadji Kudra Maliro. He is the eastern Congo correspondent for the Associated Press and also has contributed stories to the Christian Science Monitor, Daily Mail, Le Monde, France 24, Yahoo and Stars and Stripes. On his Facebook page, Maliro describes himself as a photojournalist, fixer, reporter, activist, writer and video producer. END_OF_DOCUMENT_TOKEN_TO_BE_REPLACED

For the fifth time in its history, the World Health Organization declared on July 17, that the Ebola outbreak in the Democratic Republic of Congo was a public health emergency of international concern.

While this doesn’t mean that anyone in the U.S. is at any greater risk of contracting Ebola today than yesterday, it is a political flare to warn the world that Ebola will be spreading around the globe from northeastern DRC, says Helen Branswell with Stat. END_OF_DOCUMENT_TOKEN_TO_BE_REPLACED 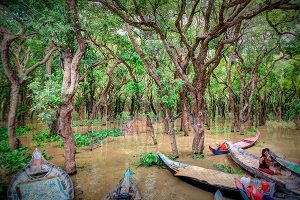 Her story “Malaria’s Ticking Time Bomb,” won first place in AHCJ’s 2018 Awards for Excellence in Health Care Journalism for a public health story published in the small market category. The article deftly blended plain English with scientific jargon to tell the story of scientists and public health workers efforts to eliminate malaria in Southeast Asia, as they contend with volatile political situations. END_OF_DOCUMENT_TOKEN_TO_BE_REPLACED 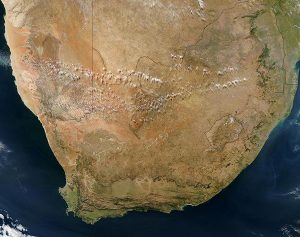 Warmer and wetter weather, as well as changing land use and global transportation means that diseases don’t remain behind borders, and populations are being exposed to new diseases like Zika, ebola and new strains of influenza. END_OF_DOCUMENT_TOKEN_TO_BE_REPLACED 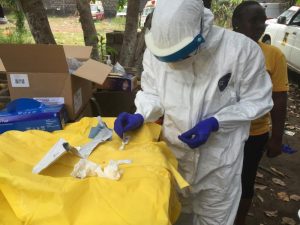 On Feb. 24, MSF’s Ebola treatment center in Katwa was attacked and unknown assailants set another on fire in Butemo on Feb. 26. Both centers were located in the hotspots of the ongoing outbreak, which began mid-2018. END_OF_DOCUMENT_TOKEN_TO_BE_REPLACED