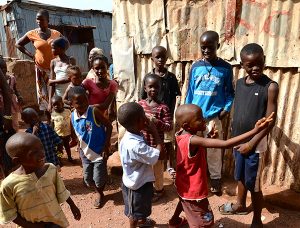 As health officials in the eastern part of the Democratic Republic of Congo race to stop the spread of Ebola, one of many factors that could hinder their efforts is a so-called “outbreak culture” — a situation described in a new book co-authored by health journalist Lara Salahi.

Salahi and co-author Pardis Sabeti define outbreak culture as a collective mindset that develops among responders and communities in the initial response to disease outbreaks which can inhibit initial action and worsen the severity of an epidemic.Sabeti heads the Sabeti Lab, a research group at Harvard University’s Faculty of Arts and Sciences Center for Systems Biology, which utilizes computational methods and wet lab research to understand the evolution of pathogens.

Salahi and Sabeti’s book, “Outbreak Culture: The Ebola Crisis and the Next Epidemic,” set to publish next month, describes how cultural factors within institutions and communities likely worsened the Ebola outbreak in West Africa in 2014 and 2015. These same factors persist, which means the risk is high that the current Ebola outbreak could increase in severity, although, unlike four years ago, there are potential vaccines and therapeutics available.

Among the factors in the DRC are gaps in infection prevention at health centers, community reluctance to cooperate with public health officials, infrastructure challenges and an ongoing regional war.

“There has certainly been a swifter response than what was seen in West Africa,” says Salahi, in an AHCJ “How I Did It” Q&A. “It is difficult to project the outcome of what is happening in the DRC, but it’s critical that we don’t underestimate how quickly this could turn into a major disaster.”

The number of Ebola cases in the DRC has been rising throughout August and September. Officials had declared the Ebola outbreak was over earlier in the summer. As of Sept. 25, there were 151 Ebola cases — 120 confirmed and 31 probable. Health officials are rushing to vaccinate people who may have come in contact with Ebola patients, but community distrust of public health providers makes process challenging. The ongoing regional war is causing people, some who could be harboring the virus, to flee their homes, which makes contact tracing to stop the spread of the virus extremely challenging.

“It’s too early to say,” whether the DRC’s public health officials have the outbreak under control, Salahi said. “There are so many factors that are unaccounted for right now.”

Salahi and Sabeti’s book also touches on the role of the media during the outbreak in West Africa and how news stories perpetuated fear. Cable news ran nearly a thousand stories between mid-October and early November 2014 on the few Ebola cases in the U.S. The blanket coverage increased people’s fears that they were of personal risk of contracting Ebola, though the virus isn’t easily spread. That led in turn to politicians making public policy decisions that not based on science — namely the decision to quarantine humanitarian aid workers who had been helping to stop the outbreak in West Africa when they returned to the U.S.

“The way the media frames an outbreak among the population has a lot to do with how they respond to the outbreak,” she said.

Before there is another outbreak that threatens the U.S., Salahi recommends journalists develop relationships with scientists so that if there is an outbreak, they have someone to turn to who they trust.

Journalists should understand that there is inherent scientific uncertainty during unfolding infectious disease outbreaks and that uncertainty should be emphasized, she said.

“During some outbreaks, the scientific community is learning about the pathogen as the outbreak is unfolding,” Salahi said. “There can be a lot we don’t know. So often we as journalists look for “answers,” because the public is looking for answers. I think it is important for journalists to communicate uncertainty. We should not equate communicating uncertainty with incompetence.”