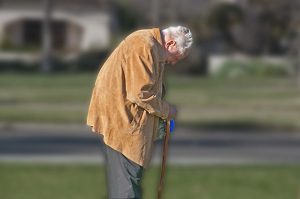 Here are some highlights from the panelists, all of whom are excellent potential sources for stories about health care policy in California and around the nation:

Under the Affordable Care Act, there’s a real success story with improved coverage and movement on making care delivery, Weil said. County buy-in “created a drumbeat of what is possible.”

The sheer scale of MediCal has turned attention to the overall delivery system, he also said, and walls between private care and MediCal are breaking down. With some shift of focus to primary care, understanding of the social determinants of health is increasing.

Politics support success, said Weil, who sees “a story of relatively shared values, a long history of efforts to expand coverage on either side of the aisle (that) has created a platform that says when we have the opportunity, and we’re going to build on it.”

Public policy 101 dictates that if a window of opportunity opens, you’ve got to be ready to go through it. “Things are a given here about the need to move forward as a state,” he said. California is a state that has “embraced ACA and is doing with it what it can.”

That said, among the states, California has the highest levels of income inequality and fairly high poverty rates. If the formula of success isn’t sustained, he also questioned how leaders can still hold together the shared values that have enabled California to make the progress it has.

According to a Kaiser Family Foundation poll, unexpected medical bills are at the top of the list of consumer concerns, Imholz noted. These provider costs are a major driver of insurance premiums. When consumers have options, she said, those involved in cost-setting will be motivated to provide “more affordability and better-quality products.”

In some pockets of California, plan competition and choice are limited, and in one third of California ZIP codes in 2018, covered California consumers had only two choices maximum. One important bill passed this year is AB 2472, Imholz said, which calls for exploration of a public health option for California.

“You have to serve people where they are,” Gilbert said. He describes a case in which a patient with diabetes and schizophrenia has to take three buses a day just to get care. Gilbert says primary care instead ought to be delivered where this patient goes every day for his support group. “Deliver as much as you can where they go for care,” Gilbert said.

Gilbert also highlighted oral health. “As physicians, we are pathetic about oral health,” he said. “If they can’t eat or having trouble ingesting because of what their mouth is like, they’re not going to get anywhere either.”

Kent provided some insights about mental health populations. She says that apps for smartphones might not be the best choice for some mental health populations. “Sometimes, you have to acknowledge that it requires a person, not an app, not a call center,” she said. “Some of the most successful cases we have seen are the plans that proactively dispatch real humans to ensure follow-up care, medication adherence.”

She sees value in returning to the “old-fashioned way” of providing one-on-one care.

One example of disparity, Main cited is that black women have three times rate of maternal mortality compared with white women, even with recent decreases across the board. It is “disgraceful for our society,” and “one of our societal challenges,” he said.

“Pregnancy may be the most intense relationship you have in your life,” Main said. An opportunity is being missed to coordinate pregnancy care with longer-term providers of services like mental health for those who are underserved, even though women during pregnancy have the greatest incentive to seek care.