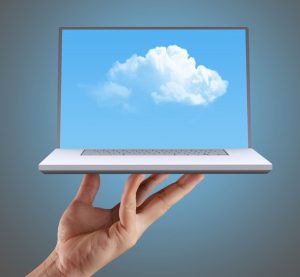 At a developer conference hosted at the White House last week, six of the biggest tech companies issued a joint statement in support of health IT interoperability. It’s another sign that tech behemoths are serious about taming the vast and often unmanageable health data ecosystem – and getting their piece of it.

Microsoft, Google, Amazon, IBM, Oracle and Salesforce signed onto the statement, which read that they are “committed to removing barriers for the adoption of technologies for healthcare interoperability, particularly those that are enabled through the cloud and AI.”

Frictionless exchange of data; accountability of all players, including patients; open standards; and ongoing engagement were cited by the six companies as “foundational assumptions.”

In a blog post, Josh Mandel, chief architect of Microsoft Healthcare, wrote that data in health care has evolved to be confined to data elements defined by the government’s Meaningful Use program, rather than growing to be free flowing across trusted entities.

“Microsoft understands that true interoperability in health care requires end-to-end solutions, rather than independent pieces, which may not work together,” Mandel wrote.

The companies’ pledge was short on specifics beyond making progress on data standards. It was notable that none of the companies signing onto the pledge are makers of electronic health record systems. All have business lines in the cloud.

Microsoft, whose fortunes waned during the rise of search and social media, in recent years rebounded in a massive way with its cloud-computing business. Microsoft’s Azure is the second largest cloud service after Amazon Web Services, according to The New York Times.

The cloud’s reach into health care

Salesforce and Oracle also are in the cloud biz. In 2015, Salesforce launched its Health Cloud, which combines data from EHRs, wearables, medical devices and other personal data sources into a single solution.

Elizabeth O’Dowd, a reporter at Health IT Infrastructure, reminded readers that in June, Google and Microsoft filed dozens of patents for AI and cloud applications for health care. Amazon’s stealth 1492 project reportedly seeks to harness EHR data for new applications, including its at-home interactive speakers, Echo and Echo Dot. There is keen interest in the health sector to use Amazon’s virtual assistant Alexa (available through the Echo and Echo Dot) for consumer health management.

The upshot is that these six companies are already transforming health care with cloud services. Data interoperability clears the path for them to design even more tailored products for health systems, payers and patients.

The reaction to the interoperability pact was largely positive. Rasu Shrestha, chief innovation officer at University of Pittsburg Medical Center, wrote on Twitter in response to the announcement: “A massive step in the right direction.”