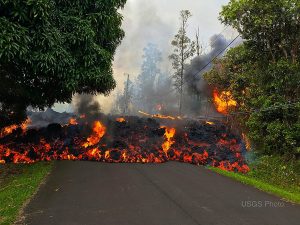 Older adults can be especially vulnerable to natural disasters, be it a hurricane, tornado, earthquake, or the recent eruptions from Hawaii’s Kilauea volcano. On top of health concerns, they often are socially isolated and lack good transportation options that can slow their response before, during and after a disaster.

A recent RAND report highlighted the need to help older adults become more prepared for unexpected events and called on public health departments to enhance disaster preparedness for this population. The findings take on increasing importance as more seniors age in their own homes or within communities – often alone.

But not every older adult is vulnerable, as the report noted that some elders thrive during disasters by drawing on their experience and by building relationships that help prepare themselves and others during an emergency. These seniors possess disaster resilience – the ability to recover and emerge stronger and better able to withstand future adverse events, according to the researchers. Living in the community can be beneficial if older adults are connected with programs and services, such as transportation, home repairs, and social activities, that boost connectedness with others.

A research team from RAND and the U.S. Centers for Disease Control wanted to find out whether current aging-in-place efforts could strengthen disaster resilience among older adults. The goals were to improve understanding of how public health departments, age-friendly communities and villages – membership-driven, grassroots nonprofit organizations that seek to help older adults age in place – are now addressing disaster resilience among older populations and to identify promising new approaches to improving resilience among this group.

The report found that many public health departments, whose job it is to promote disaster preparedness, do not always accommodate the needs of older adults. While some departments did address the needs of people with disabilities, many administrators did not believe they were responsible for all older adults. Instead, they said that responsibility belonged to a state or local department of aging. Public health leaders said there often is “no one lead agency responsible for preparing or protecting older adults during a disaster,” according to the report. This was true after Hurricane Maria struck Puerto Rico, as I wrote last October.

According to stakeholder interviews, disaster preparedness is not a high priority item for those running age-friendly communities or villages. They tend to focus more on daily quality-of-life issues, such as home repairs or rides to medical appointments. Few communities had the resources or experience to launch programs aimed at disaster preparation. All stakeholders reported little to no collaboration among groups to boost disaster preparedness for older populations, despite relevant overlap of current aging-in-place and general community disaster planning.

However, researchers pointed out that many initiatives already conducted by these various groups could be a starting point for elder-focused disaster planning with little additional cost or effort. The research team developed a toolkit to build bridges among these groups and capitalize on common ground to promote activities which enhance older adults’ resilience.