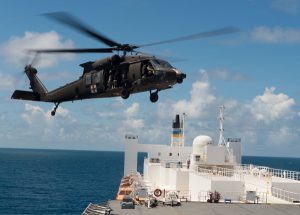 It’s been more than a month since Hurricane Maria destroyed large portions of Puerto Rico, and knocked out power to just about the entire island. Some people could wait up to six months to regain electricity; that’s a recipe for multiple health crises, one that’s sure to hit the oldest and most vulnerable residents the hardest.

This issue was the focus of a Reuter’s story in late September, about a week after Maria made landfall. From non-working elevators in high-rises to unusable life-saving medical equipment in hospitals, like dialysis machines and ventilators, those most in need of help were not even close to getting it then. In many cases, they’re still not.

As this story in U.S. News details, seniors faced serious shortages of fresh food, water, medication or even the ability to cook the mostly limited supply of canned food; fresh food was practically non-existent three weeks post-hurricane. Around the same time, other reports documented the struggle by hospitals to care for the sickest patients, some of whom died because facilities lacked power, or staff, or life-saving medicines. And many nursing homes report they still can’t even get basic supplies, like adult diapers for their residents.

Bacterial infections, mostly from tainted water, are the latest health crisis to hit. Again, it’s older, sicker people, such as those with debilitating chronic conditions who are suffering the most, primarily due to weakened immune systems.

Yet, a fully-equipped, state of the art hospital ship, the USNS Comfort, sits at just offshore San Juan. And it’s almost devoid of patients, according to this syndicated CNN story. Communication glitches and bureaucratic confusion abounds. The Navy says only the most critical will be treated aboard the ship; others may get transferred to an Army facility on the island. Local health providers seem confused about the bureaucratic processes, according to the story, so there have been few referrals to either facility. The governor blames poor communication. The sick and old suffer amid the finger pointing and red tape.

More residents will die, according to health experts on the ground there. In this Newsweek report, a group of volunteer nurses recently described horrific scenes in many in rural areas, where help has been slowest to arrive. It’s not only lack of medicines and fresh food — residents are living in homes infested with mold, relying on spring water contaminated with manure from runoff, and lack basic sanitation and plumbing.

Thousands of American citizens, including many older adults, are still living in shelters across the island. Mental health professionals say many will suffer long-term effects of from displacement, trauma, loss of jobs, homes and life as they knew it. Four weeks after Maria, According to a recent Associated Press report, some 80 percent of Puerto Rico is still without power four weeks after Maria hit. This compelling slideshow from the Los Angeles Times documents that for the elderly in one town, just making it through the day is a struggle, and not everyone will.

Many media outlets, like The New York Times and Consumer Reports, have lists of organizations working to provide aid in Puerto Rico that you may wish to share. Charity Navigator has a list of the most highly rated groups.