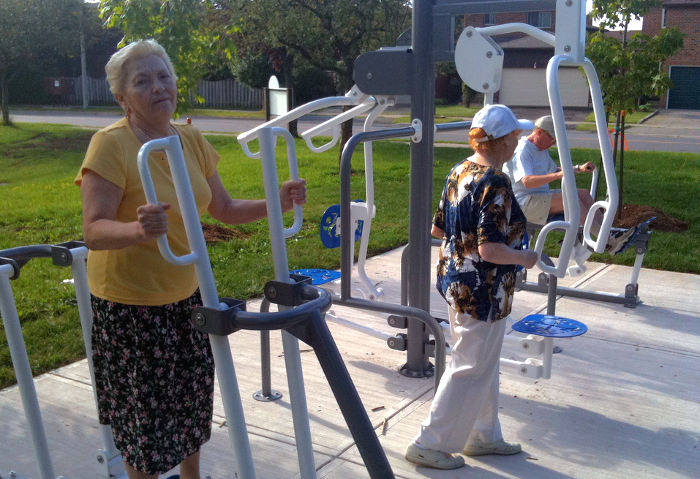 Cities are great places to grow old, say aging and health policy experts, but most urban areas are not well-prepared for the surge in aging populations. Urban centers are already home to 54 percent of the general population and 56 percent of the 65-plus population in OECD nations. By 2050, two-thirds of the world’s population will live in urban areas. Most of this increase is projected to occur in Asia and Africa. But many of those cities are not yet age-friendly.

Lilliam Barrios-Paoli, New York City’s deputy mayor of health and human services, described efforts to make New York City a more age-friendly metropolis. There are currently 1.4 million New Yorkers over age 60; by 2030, that is expected to increase to about 1.8 million, or one-fifth of the city’s population.

“New York has always been a good place to age, and has become even more so over the past decade” she said. New York signed on to the World Health Organization’s Global Age-Friendly Cities Project in 2007 – a model that creates environments to improve healthy and active aging.

Modifications may be simple, such as creating curb cuts for walkers and wheelchairs, seating at bus shelters, free or reduced priced admission to cultural activities, and “senior-only” hours at some public facilities. Or they may be more complex, such as enhancing neighborhood health services or improving public transportation.

The deputy mayor spoke at Columbia University’s recent Age Boom Academy, a two-day conference of international journalists and experts in aging research and policy. (Note: I am a 2015 Age Boom Fellow.) She pointed out that because New York provides many neighborhood and home-based health services, more people can age in place. That reduces Medicaid spending on nursing home care. The city’s safety net health services for lower income and undocumented older adults is another strategy that lowers health costs, by keeping people out of emergency departments.

“We are also working with landlords to make apartment buildings more age friendly, like encouraging them to retrofit apartments with universal design features.” Rent-increase exemptions and tax breaks further encourage older adults to stay in their homes.

Age-friendly cities don’t necessarily need to start from scratch. Simple modifications like installing benches with armrests in pedestrian islands between wide, busy avenues, allow older adults to rest before continuing across the street. “We have over 30 recreation centers that seniors can join for just 25 dollars a year, and programs that place artists in residence at some of the centers. who work with seniors on different projects.” This engages older adults physically and cognitively, further promoting healthy, active aging.

Thirty three cities in 22 countries have implemented the WHO research protocol, but many more need to take action, said Louise Plouffe, Ph.D., research director at the International Longevity Centre – Canada.

“No city is perfect, and as more people grow older in urban areas around the world, municipal governments need to rethink barriers like accessibility, she said. “Simple things that most of us take for granted, like turnstiles, which are impossible to negotiate with a walker, or lack of ramps into buildings or location of public restrooms are very important to an older person.”

Age-friendly means that cities must also address social issues like isolation, social inclusion, literacy and engaging seniors in helping to plan their environments. “One thing we hear a lot is that needs and preferences of older adults are not part in the planning process,” Plouffe said.

“Engaging them in planning and engaging multiple sectors, including the public and private sectors, will only enhance the age-friendliness of a city.”

According to Ruth Finkelstein, Sc.D., associate director of the Robert N. Butler Columbia Aging Center, and former director of the Age-Friendly New York initiative, “aging is a catalyst for policy change in the life course. Older adults are new collaborators in the policy making process and can help address the challenges and the consequences of urban design on the health of populations. How do you design elements that don’t require the redesign of a whole city?”

Finkelstein is a strong proponent of another successful age-friendly approach: naturally occurring retirement communities, or NORCs. NORCs are a mix of public and privately owned housing, in which older residents comprise a substation proportion of the population as a result of aging in place.

There are 28 NORCs in New York City, supported by a $5.6 million interdisciplinary Supportive Services Program. This includes transportation and shopping services, social activities, connections to community and government resources, health promotion activities, and assistance with health care management. “It brings some basic primary health services and social work services into a community,” she said. “One of the challenges is how to keep a communitarian component and make it sustainable across the life course.”

More cities around the world need to invest in age-friendly strategies. This includes horizontal integration of policy making efforts in health, housing, education, transportation, design, and social supports. According to Plouffe, “an age friendly city is friendly for all ages. It crosses a swath of functional needs.”

How age friendly is your city? The WHO has a checklist of essential features of age-friendly cities. New York City has enacted these 59 initiatives.

Tip Sheet: Covering the aging-in-place trend in your community