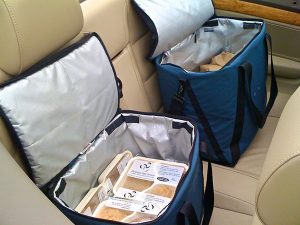 By now, most of you are probably aware of the controversial remarks made by Mick Mulvaney, director of the White House Office of Management and Budget, about the administration’s proposed 2017 budget, which would adversely affect home- and community-based services for the elderly.

Among them is Meals on Wheels, which provides daily nutritious food to homebound older adults, the disabled and veterans.

“We can’t spend money on programs just because they sound good,” Mulvaney said. “And Meals on Wheels sounds great — again, that’s a state decision to fund that particular portion. But to take the federal money and give it to the states and say, look, we want to give you money for programs that don’t work, I can’t defend that anymore. We’re going to spend a lot of money, but we’re not going to spend it on programs that cannot show that they actually deliver the promises that we’ve made to people.”

The remarks caused immediate backlash. An ensuing tweet storm, including several from Medicaid’s chief medical officer,  linked to study after study demonstrating the nutrition program’s success and value beyond a healthy meal.  Advocacy organizations, news analysis, and late-night TV hosts called Mulvaney’s comments everything from “mean-spirited,” to “obscene,” to “heartless.” Talk show host Seth Meyers, whose mother volunteers for the program, lambasted the proposal in a 10-minute long smackdown.

Ellie Hollander, president and CEO of Meals on Wheels, will speak about the program at the awards luncheon at Health Journalism 2017 on April 22.

The Meals on Wheels program helps some 2.4 million seniors each year, and spends about $1.4 billion annually. About 35 percent of local program funding comes through the Older Americans Act, which Congress reauthorized in 2016 for three years. The remainder of Meals on Wheels funding comes from CDBG, anti-poverty Community Services Block Grants (CSBG), other federal and state appropriations, and private donations. So not every local Meals on Wheels program will get hit the same way, according to CBS MarketWatch.

The administration’s proposed budget targets the greatest harm on those most in need, according to Robert Blancato, executive director, National Association of Nutrition and Aging Services Programs (NANASP). Cuts to the block grant program will “cripple our ability to provide essential services to low income people of all ages,” he said in a phone interview.

It comes at a time when states lack the resources to make up the funding, Blancato explained. “The states and localities that use CDBG money are going to be scrambling.” Since the budget is still in the proposal stages and must pass Congress, he said elder advocates must work with their elected officials to turn things around.

Mulvaney tried to make the case that cutting CDBG is actually compassionate, since taxpayer money will no longer fund “unproven programs,” but many pundits, and even members of his own party, don’t buy that argument, according to Salon. If CDBG disappears, states face some grim choices — including service cutbacks and longer waiting lists. “You have some real issues if these funds are not restored” Blancato added.

Studies show that home- and community-based services like Meals on Wheels are highly cost-effective over time. This analysis by Aaron Carroll shows just how much. “The return on this program shows up every day an older person gets a meal at home or in a congregate facility because they are not in a hospital getting that meal and they’re not in a nursing home getting that meal, which costs the federal government a whole lot more money,” Blancato said. This infographic shows where the money goes and some of program’s relative cost savings.