View all posts by Howard Gleckman → 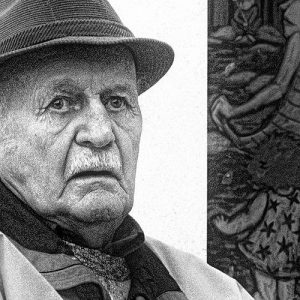 Senior services will likely be under severe pressure in President-elect Donald Trump’s administration. While it is impossible to know now which program budgets will be cut – or by how much – services funded through the Older Americans Act (OAA) such as Meals on Wheels, adult day care, and information assistance could all be targeted.

Significant changes to the Affordable Care Act could affect how care is delivered through Medicare and Medicaid. Those programs also could face even bigger changes, since Trump and House Republicans say they want to restructure both. The changes may increase out-of-pocket Medicare costs for seniors and limit the federal contribution to Medicaid.

While he endorsed a balanced budget constitutional amendment during the campaign, Trump carefully avoided identifying specific spending reductions. He did back a House GOP plan to cap federal spending for Medicaid, a program that benefits very poor and very sick older adults and people with disabilities, as well as low-income mothers and children.

He promised to repeal the Affordable Care Act (ACA), called for unspecified cost savings in the Medicare drug program, and vowed to eliminate government waste. He also has said he backs a never-passed congressional proposal called the penny plan to cut government spending by one percent a year, except for Medicare, Social Security, Medicaid, and defense.

Senior services programs may be in jeopardy in part because Congress will be looking for ways to finance what is likely to be a significant tax cut.

Trump has proposed a $6.2 trillion tax cut, according to my colleagues at the Urban-Brookings Tax Policy Center. With added interest expense, that plan would increase the national debt by $7 trillion over the next decade. While a GOP-controlled Congress is unlikely approve a tax bill of that magnitude, it very likely will pass a very large tax cut next year.

Any cut likely will be financed, in part, by cuts in domestic spending. The OAA has been under enormous budget pressure for a decade. Even under President Obama, funding for most of these programs was flat while the number of older adults using those benefits was increasing. The result has been waiting lists in some communities for programs such as Meals on Wheels.

If Congress finances tax cuts with across-the-board domestic spending cuts — something like Trump’s penny plan — senior services almost surely will get caught in the squeeze. So may other programs important to older adults, such as low-income senior housing and NIH research into dementia and other diseases of old age.

That’s not all. Trump says that one of his first priorities will be to repeal the ACA. While it seems increasingly unlikely that Congress will immediately repeal the law, significant changes could jeopardize important shifts in the way health care is delivered under Medicare. These threaten bundled payment systems, accountable care organizations, and demonstration programs aimed at improving medical care.

Trump and House Speaker Paul Ryan (R-Wis.) also support capping the federal contribution to Medicaid.  This would give states more flexibility in operating the program, while limiting the amount Medicaid will have available to pay providers such as nursing homes or home health agencies.

Finally, there is Medicare. During the campaign, Trump promised to leave Medicare benefits untouched. But since the election, he has promised to support efforts to “modernize” the program — Washington code for restructuring the way the program is financed.

Ryan and many House Republicans would cap the government’s share of Medicare, a step that could lead to huge jumps in premiums for seniors. They’d also expand subsidies for Medicare Advantage managed care, which already covers about one-third of seniors. Coordinated care holds great promise for older adults with multiple chronic conditions, but advocates are wary of a system that capitates payments.

It is too soon to know exactly how Trump and Congress will approach these very ambitious initiatives, but significant changes are on the horizon.