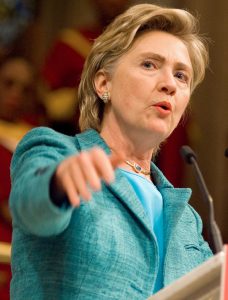 This is part two of our look at what the Republican and Democratic party platforms say about health care issues and their related entitlements. We previously posted on the Republican platform, and today will highlight the Democrat’s document.

As earlier noted, I decided to include significant chunks of the actual documents, as their choice of words, phrases and emphasis can be more illuminating than any summary I could produce. An example: “Democrats believe that health care is a right, not a privilege, and our health care system should put people before profits.”

For consistency, I tried to match up my comparisons to emphasize ACA, Medicare, Medicaid, then provided links to other health policy issues that may interest you. Both parties also have much fuller sections on abortion and contraception – I’m just including the mentions that directly pertain to health reform. In the Democratic platform, you’ll find less on biomedical research and the FDA than the Republican’s document, but more on community clinics, prescription drug costs, and gun safety as a public health issue. Both platforms include sections on opioids, and interestingly agree on a lot of things. Note the two high-profile ideas that Hillary Clinton has mentioned on the trail – a “public option” in the exchanges and an early buy-in to Medicare at age 55 – are included in the platform but with zero detail. Check out her campaign website’s health care page for details.

The Democratic Party’s convention website offers a PDF of the full platform, but not a hyperlinked version. The “Health and Safety” section begins on page 34. Below are some highlights:

Ensure the Health and Safety of All Americans

“Democrats have been fighting to secure universal health care for the American people for generations, and we are proud to be the party that passed Medicare, Medicaid, and the Affordable Care Act (ACA). Being stronger together means finally achieving that goal. We are going to fight to make sure every American has access to quality, affordable health care. We will tackle the problems that remain in our health care system, including cracking down on runaway prescription drug prices and addressing mental health with the same seriousness that we treat physical health …”

“Democrats believe that health care is a right, not a privilege, and our health care system should put people before profits. Thanks to the hard work of President Obama and Democrats in Congress, we took a critically important step toward the goal of universal health care by passing the Affordable Care Act, which has covered 20 million more Americans and ensured millions more will never be denied coverage because of a pre-existing condition. Democrats will never falter in our generations-long fight to guarantee health care as a fundamental right for every American. As part of that guarantee, Americans should be able to access public coverage through a public option, and those over 55 should be able to opt in to Medicare. Democrats will empower the states, which are the true laboratories of democracy, to use innovation waivers under the ACA to develop unique locally tailored approaches to health coverage. This will include removing barriers to states which seek to experiment with plans to ensure universal health care to every person in their state. By contrast, Donald Trump wants to repeal the ACA, leaving tens of millions of Americans without coverage.

For too many of us, health care costs are still too high, even for those with insurance. And medical debt is a problem for far too many working families, with one-quarter of Americans reporting that they or someone in their household had problems or an inability to pay medical bills in the past year. Democrats will also work to end surprise billing and other practices that … lead to out-of-control medical debt that place an unconscionable economic strain on American households. We will repeal the excise tax on high-cost health insurance and find revenue to offset it because we need to contain the long-term growth of health care costs, but should not risk passing on too much of the burden to workers. Democrats will keep costs down by making premiums more affordable, reducing out-of-pocket expenses, and capping prescription drug costs. And we will fight against insurers trying to impose excessive premium increases.”

“Democrats will fight any attempts by Republicans in Congress to privatize, voucherize, or ‘phase out’ Medicare as we know it. And we will oppose Republican plans to slash funding and block grant Medicaid and SNAP [aka ‘food stamps’], which would harm millions of Americans.

We will keep fighting until the ACA’s Medicaid expansion has been adopted in every state. Nineteen states have not yet expanded Medicaid. This means that millions of low-income Americans still lack health insurance and are not getting the care they need. Additionally, health care providers, clinics, hospitals, and taxpayers are footing a higher bill when people without insurance visit expensive emergency rooms.

Democrats believe your zip code or census tract should not be a predictor of your health, which is why we will make health equity a central part of our commitment to revitalizing communities left behind. Democrats believe that all health care services should be culturally and linguistically appropriate, and that neither fear nor immigration status should be barriers that impede health care access.”