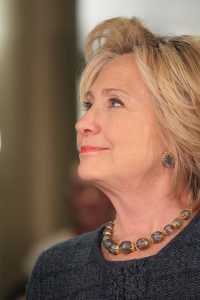 Hillary Clinton this week unveiled a comprehensive plan to reform how mental health care is delivered in this country. While it calls for addressing many of the most serious problems in the behavioral health care system, it could be hampered – at least initially – by a severe shortage of mental health professionals at all levels (map as of 2014).

To address that problem, the plan calls for increasing reimbursement for collaborative care (where mental health professionals work with medical providers) in Medicare and Medicaid. It also calls for improving reimbursement of telehealth services (see my colleague Liz Seegert’s post about this trend here), promoting the use of peer support specialists (people recovering from addiction who could help others in recovery) and supporting the development of comprehensive community health centers in every state.

For reporting on the shortage of mental health providers, see this piece by Andis Robeznieks in Modern Healthcare and this article in The Wall Street Journal by Louise Radnofsky.

Any plan a candidate proposes is aspirational. Even if Clinton is elected president in November she could face obstruction in Congress on some of the proposals, especially for any part of the plan that costs money. But Liz Szabo reported Aug. 30 for USA Today that U.S. Rep. Tim Murphy, R-Pa., said, “There’s a lot in there that I can work with her on.” A child psychologist, Murphy is a sponsor of the H.R.2646, the Helping Families in Mental Health Crisis Act of 2016. The House of Representatives passed the bill in July but the Senate has not yet considered it, Szabo noted.

The Democratic nominee’s proposal, called the Hillary Clinton’s Comprehensive Agenda on Mental Health, aims to improve care for the 40 million Americans (20 percent of the population) who have mental health conditions. In addition to calling for a White House conference on mental health in Clinton’s first year in office, the nine-page (not including footnotes) plan addresses six areas of need:

Writing for U.S. News and World Report, Kimberly Leonard made the point that, like the Affordable Care Act, Clinton’s proposals aim to put mental health on the same level as physical health care in terms of how insurers pay for care.

“While the right laws are on the books, they are too often ignored or not enforced,” Leonard wrote, quoting Clinton’s policy. Ignored or not enforced is certainly true for mental health parity laws, a point my AHCJ core topic colleague Joanne Kenen raised earlier this month in her blog post, “Efforts proceed slowly to expand the mental health coverage gains made in ACA.”

To address the problem of uneven enforcement of parity laws in the states, Michael Gass explained in Politico that Clinton’s plan calls for more federal enforcement and random audits to uncover parity violations.

“She will also enforce disclosure requirements so that insurers cannot conceal their practices for denying mental health care and strengthen federal monitoring of health insurer compliance with network adequacy requirements,” Gass wrote. One problem regulators face when enforcing state and federal parity laws is that insurers claim there is no medical necessity for some behavioral health conditions and thus no coverage for treatment. See reporting on this topic from Jenny Deam for the Houston Chronicle, Arielle Levin Becker for the Connecticut Mirror and Harold Brubaker for Philly.com. For more on mental health parity, check out the work Jenny Gold has done for Kaiser Health News and this piece by Michael Ollove for Stateline.

A key to making such integration work is that more primary care physicians will be asked to screen for depression and refer patients to appropriate professionals, as Wendy Wolfson reported for Medical Economics.

Other proposals in the Clinton plan, such as the focus on suicide prevention, working with law enforcement to keep those with mental illness out of jail and improving access to housing, are worth in-depth reporting in the months to come.

By the way, the Republican nominee for president, Donald Trump, has mentioned the need to reform the mental health system in his Healthcare Reform to Make America Great Again. But there are no details, except to say that Congress has proposed reforms that deserve bipartisan support.