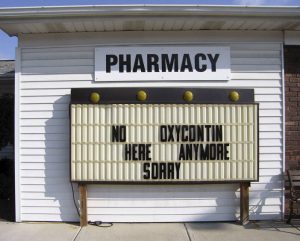 Congress recently passed a bill to combat opioid abuse (although it’s still fighting over funding it), and there’s a good chance lawmakers also will pass legislation updating a lot of the federal mental health programs in the fall – although lack of bipartisanship has reduced the scope of what could pass.

President Obama last month signed the opioid bill despite reservations about the lack of funding.

With mental health getting more attention in Washington, it’s a good time to revisit what the Affordable Care Act did and did not do for mental health. The ACA neither was designed nor expected to solve every problem in the nation’s strained mental health system. The shortage of providers – or more specifically the shortage of providers willing to accept the relatively low fees many insurers and government health care plans pay – is a persistent obstacle. But it did create a starting point.

Among the things the ACA did accomplish:

The Affordable Care Act requires most individual and small employer health insurance plans –and all plans sold through the exchanges – to cover mental health and substance use treatment. In addition, the law requires rehabilitative and habilitative services for behavioral health. challenges. These rules build on a 2008 mental health parity law that applied to employer-sponsored group health plans. In addition, the ACA’s preventive services coverage rules includes depression screening for adults and certain behavioral assessments for kids at no charge. There aren’t yearly or lifetime caps for essential benefit services.

Medicaid in all states must offer some mental health services (including substance abuse), although states are more limited than others. The Children’s Health Insurance Program (CHIP) is more comprehensive for behavioral health. The Medicaid expansion population created under the ACA does get coverage for mental health and substance abuse disorders.

Parity means equal treatment. Health plans subject to parity rules (and most are these days) have to put mental health and substance abuse treatment on equal terms with other medical and surgical services. The deductibles and co-pays can’t be different, and they can’t have different limits on how much care is covered. That doesn’t mean they can’t limit visits for a certain patient or condition, the same way they can limit other care, but they can’t have a different set of rules or standards for the amount of care or care management.

In reality, many mental health advocates cite many gaps so far in enforcing parity rules, but they generally see them as a step forward. If you are tracking what your state is (or not) doing to enforce parity, it might be helpful to look at what New York and Gov. Cuomo did last month to remind insurers of their legal obligation.

For another look at the difficulty in enforcing parity laws, see this Stateline piece by Michael Ollove.