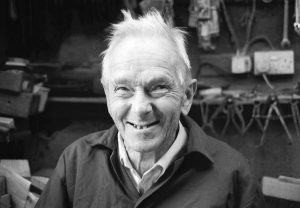 As America’s population ages, the shortage of dental care for the nation’s elders presents a growing problem.

Many seniors lack public or private coverage that would help defray the cost of dental services, according to a new fact sheet from the Pew Charitable Trusts.

“Perhaps the single greatest barrier is the inability to afford care,” Pew noted in its brief. “Seniors with dental insurance are 2.5 times more likely than those without coverage to visit a dentist and about half of seniors lacked insurance in 2015.”

Meanwhile, dental benefits for adults are considered optional under Medicaid, the federal-state program that provides health care benefits to poor Americans, including millions of poor elders.

In some states, dental services are extremely limited and a shortage of Medicaid dentists exacerbates access problems. The number of dentists who reported treating any patients on public programs declined from 44 percent to 35 percent between 1990 and 2013, according to Pew.

Americans age 65 or older comprised 15 percent of the population in 2014; a share that is expected to nearly double by 2060, the Pew report noted. The philanthropy is not alone in attempting to raise awareness about the growing ranks of seniors in need of dental care. In its latest series of State of Decay report cards, the nonprofit Oral Health America recently offered its own grim assessment of the shortage of care for elders.

“One of the most critical challenges for seniors is paying for care, thus we need to advocate for financially viable, publicly-funded dental benefits through Medicaid and Medicare,” noted State of Decay authors.

A bill proposed by U.S. Rep. Jim McDermott that would add dental, vision and hearing benefits to Medicare has been given no chance of passage in the current Congress.