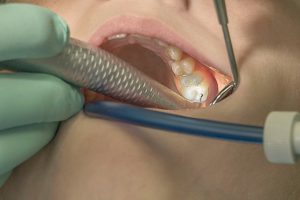 America’s 55 million Medicare beneficiaries would receive comprehensive dental, vision and hearing benefits under a bill introduced this month in Congress.

HR 5396 (Medicare Dental, Vision and Hearing Benefit Act of 2016) is given no chance of passage by Govtrack.us, a website that tracks Congressional legislation and computes the probability for enactment. But the bill serves of a reminder of gaps in Medicare coverage that represent significant challenges to many elderly and disabled Americans.

The bill would amend Medicare Part B to include benefits for routine and major dental care, refractive eye exams, hearing exams and hearing aids, Robert King reported for the Washington Examiner. Dentures and eyeglasses would also be covered.

U.S. Rep. Jim McDermott, a Washington state Democrat and sponsor of the bill said that including the benefits would help prevent debilitating health care problems common among the elderly.

“Untreated vision disorders substantially increase risk for falls among senior citizens,” McDermott said at a June 7 subcommittee hearing of the House Ways and Means Committee. “These falls can result in injuries and hospitalizations.”

McDermott said the legislation would place “reasonable limitations on coverage,” and that the new benefits would be “phased in gradually,” King reported. But the Congressman, who serves as the ranking member of the Ways and Means subcommittee on health did not discuss how the benefits would be funded.

Basic dental, vision and hearing services have never been included in Medicare, as journalist and blogger Philip Moeller observed earlier this year in an online Ask Phil, the Medicare Maven column for PBS NewsHour.

“These omissions have been in place since Medicare was created in 1965, so it’s not as if some new problem has emerged,” noted Moeller, in response to questions from readers concerned about the cost of dental care. “What has become clearer, however, is that huge and growing numbers of seniors face substantial dental, hearing and vision expenses. Failure to receive adequate care in any of these areas will eventually have a big impact on overall health care and thus on health claims that Medicare does cover.”

McDermott acknowledged at the June 7 hearing that legislators in the Republican-controlled House also are worried about costs.

“All too often at this committee our policy discussions focus on how much we can cut from Medicare and how to further shift costs onto beneficiaries,” he said. “In the process, we fail to recognize the possibilities before us and the enormous power we wield.”

Journalists: How do seniors in your community cope with the cost of routine eye, hearing and dental care? This might be a good time to ask.