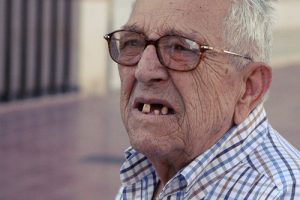 With good public dental benefits, extensive community water fluoridation, and reductions in tooth loss among seniors, Minnesota has earned top marks in a new report card that ranks the oral health of elders in states across America.

Florida, which is preparing to launch an Older Adult Oral Health Surveillance Project, also won praise in the latest State of Decay report.

But the news is not so good for seniors in many other states, according to the 2016 report card produced by the nonprofit Oral Health America.

West Virginia still leads the nation in terms of toothlessness among elders. In terms of oral health indicators, barriers to care and lackluster public health efforts targeting dental care for older residents, many other states also scored poor grades. Tennessee and Alabama retained their places at the very bottom of this year’s list.

The State of Decay report card serves as a reminder that millions of Americans aged 65 years and older continue to suffer from preventable pain, untreated disease and tooth loss.

To help address the problem, the group calls for an expansion of publicly funded dental benefits to elders, stepped-up water fluoridation efforts and increased attention to senior oral health by states.

Overall, roughly 70 percent of Americans age 65 and older have no dental coverage of any kind.

“One of the most critical challenges for seniors is paying for care, thus we need to advocate for financially viable, publicly-funded dental benefits through Medicaid and Medicare,” noted the authors of State of Decay.

Increased support of community water fluoridation programs could serve an important role in disease prevention for all groups, including seniors, particularly in states such as New Jersey and Hawaii, where a majority of residents lack access to publicly-fluoridated water.

“Conducting public health surveillance of older adult oral health is indicative of a state’s priorities and interests in working in this area,” the authors note.

Such initiatives are becoming increasingly urgent as the nation’s population ages, according to the report.

The daily oral health challenges faced by seniors was the subject of a recent Health Affairs piece written by physician Vyan Nguyen.

In a blog, Nguyen offered an intimate look at the physical and social toll of oral disease among the elders who come to the Gary and Mary West Senior Wellness Center in San Diego for meals and social services.

“We see, firsthand, the many challenges of poor oral health care,” wrote Nguyen who is program officer at the Gary and Mary West Foundation, which supports the wellness center. She writes:

“Seniors who have not had good and regular care experience pain or have missing teeth, and this affects their ability to eat meals that the Senior Wellness Center provides. Others cover their mouths with their hands when speaking because they are so self-conscious about their teeth or have trouble swallowing food because of gaps in their teeth that prevent them from closing their mouths completely. Dental care is clearly a critical service these seniors need.”

But Nguyen’s piece does end on a hopeful note. In response to the need, the foundation has invested more than $1 million to create an innovative dental clinic that soon will begin offering care. The Gary and Mary West Senior Dental Center is scheduled to open later this year.