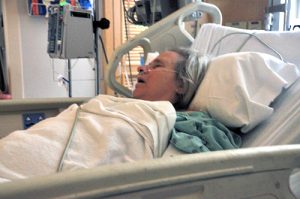 The aging population is a key driver of increased health spending, according to a new report from the Centers for Medicare and Medicaid Services (CMS).

Total health care spending growth is expected to average 5.8 percent annually from 2015-2025, but population aging is anticipated to contribute to faster overall growth in national health spending from 2020 to 2025. However, projected spending growth remains lower than the average over previous two decades before 2008 (nearly 8 percent).

The analysis, and a companion article in Health Affairs, point to a slowdown in Medicare spending growth from 2014 (5.5 percent) to 2015 (4.6 percent). This is partly due to reductions in physician incentive payments, less utilization of hospital services and lower drug spending. However, this trend is expected to be short-lived. CMS anticipates that Medicare spending growth will reach a projection-period peak of 7.9 percent in 2020, with an average growth of 7.6 percent for 2020 through 2025).

That’s in large part because annual Medicare enrollment is expected to rise as more baby boomers become eligible. The system already spends about $3 per beneficiary for every $1 in revenue it collects. As Sean Keehan, an economist with the Office of the Actuary at CMS and lead author of the Health Affairs article noted, “spending growth is expected to be the highest for Medicare among the major payers of health care; one in five Americans are expected to be covered by the program by 2025.” Currently, about 14.5 percent of the U.S. population, or one in seven, is 65 years or older.

For a good comparison, projected and historical growth tables are available for download on the CMS website.

The projected increase in spending poses a real dilemma for policymakers. The 2016 Medicare Trustees Report predicts that the Medicare Hospital Insurance Trust Fund will be bankrupt by 2028.

With “unprecedented levels of cash shortfalls,” it’s evident that President Obama and the Affordable Care Act have failed to ensure that Medicare will be there for today’s seniors, let alone the next generations of older Americans,” according to the American Action Forum, a center-right leaning policy think tank based in Washington, D.C.

But the nonpartisan Center on Budget and Policy Priorities (CBPP), called such statements misleading. A piece by Paul N. Van de Water, a senior fellow at the center, said seniors will still get 100 percent of benefits through 2030, and even if the trust fund is tapped out by then, taxes and other funding will be “sufficient to pay 86 percent of Medicare hospital insurance costs.” This only applies to Part A, hospitalization, not physician services or prescription drug benefits (Parts B and D).

House Republicans have proposed raising the eligibility age and shifting the program to a market-based premium support model, as Drew Altman explained in this Wall Street Journal post. Not surprisingly, most seniors think this is a really bad idea. Donald Trump also has come out against major changes to the program.

Julie Rovner at Kaiser Health News looked at a “Medicare for More” approach, proposed by Hillary Clinton, that would allow 55-year-olds to buy into the program. That might be a way to raise additional revenue while expanding health coverage to more people.

Meanwhile, baby boomers can only sit on the sidelines and wonder whether policymakers will ever reach a consensus on how to extend Medicare’s solvency. Soon-to-be beneficiaries are left wondering whether a plan they’ve paid into their entire working lives will be there when they need it.