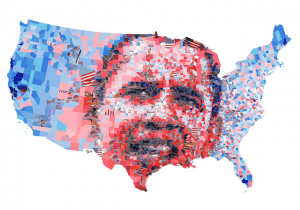 “Across state lines.” That’s shorthand for what many GOP politicians see as part of an acceptable replacement for the Affordable Care Act.

They see the approach as reducing barriers, so insurers can base themselves in one state, but sell in other states without having to include all the coverage mandates and benefit rules in those other states.

Proponents say it would enhance consumer choice, increase market competition and bring down costs. Critics say it would water down insurance protections and create a “race to the bottom” in which insurance gets skimpier and attracts healthier people.

In this new tip sheet, Rachana Pradhan (@rachanadixit), a health reporter at Politico and a veteran of Inside Health Policy site, looks at this proposal and what we know about real-world experiments in a handful of states.

So far, states have not had success with the model (although advocates contend it would work better in a post-Obamacare world). Health plans have hit barriers in developing provider networks, and negotiating competitive rates.

But it’s still a big part of the GOP replacement plan – and favored by Republican presidential contenders.