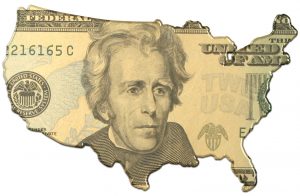 Consumers in states with high health care costs spend more than twice as much for certain services than consumers in other states, according to a new report from the Health Care Cost Institute.

The low-cost states were Arizona, Florida, Maryland and Tennessee, where more than 90 percent of health care services were priced lower than the national average.

At HCCI, Newman is the executive director, Barrette is the director of research and Kennedy is a research assistant. Parente is an associate dean and professor of finance at the Carlson School of Management at the University of Minnesota.

Published in Health Affairs online Wednesday, the research showed differences in prices for 242 common medical services in 41 states and the District of Columbia. There was not enough data to show how prices compared in nine states: Alabama, Arkansas, Hawaii, Idaho, Michigan, Montana, South Dakota, Vermont and Wyoming. In addition to the article in Health Affairs, HCCI produced a 178-page report on the research, “National Chartbook of Health Care Prices–2015.” Data from the report also are available on Guroo.com, HCCI’s price transparency website.

In a press release accompanying the report, HCCI said some price variation may be the result of differences in wages or rent, but most likely is due to market power or other factors such as a lack of price transparency or fewer alternative treatment options. Citing an Institute of Medicine report in 2013, Variation in Health Care Spending: Target Decision Making, HCCI said price variation for the commercially insured results when physicians, hospitals and other providers mark up prices due to their market power within hospital referral regions. More research is needed on the forces that affect prices, such as why prices for the same service differ widely within a few miles and what amount of variation is justifiable, the institute added.

Data for the research comes from commercial claims from three of the nation’s largest health insurers: Aetna, Humana, and UnitedHealthcare. Claims data show actual payments to providers, including patients’ copayments, deductibles and coinsurance. We have reported here, here and here on other research HCCI has funded from this data set.