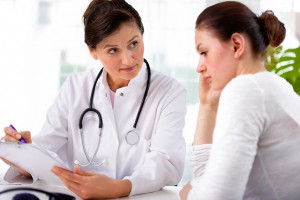 Most of what policy makers know about health spending comes from Medicare data, which represents only about 16 percent of total health care spending in the United States.

While experts are setting policy on this small proportion of spending, most Americans — almost 60 percent of the population — have employer-sponsored health insurance. Yet, until now, few researchers had access to robust spending data from private insurers.

For these reasons, health care journalists, including Dan Gorenstein at Marketplace and Kevin Quealy and Margot Sanger-Katz at The New York Times‘ Upshot blog, suggest the new research based on robust data from three large health insurers — Aetna, Humana and UnitedHealthcare — could improve policymaking dramatically.

For any journalist covering hospital consolidations or writing about why hospital prices vary widely, this new research warrants in-depth coverage. To learn more, check out this new tip sheet on the prices the three insurers negotiate with hospitals for medical services.

“This new dataset really allows us to understand what influences health spending for the majority of Americans,” said Zack Cooper, PhD, one of the researchers working with the new data. “This information is critical to creating better public policy.”

Cooper, a Yale University assistant professor of health policy and of economics, and his colleagues at the Health Care Pricing Project analyzed spending and health care usage data in 92 billion health insurance claims from 88 million people, representing 27.6 percent of all Americans with employer-sponsored coverage.

The HCPP report, “The Price Ain’t Right: Hospital Pricing and Health Spending on the Privately Insured,” shows that hospital prices within a region are the primary factors driving variation in health care spending and that prices are 15 percent higher at hospitals in monopoly markets than they are in markets with four or more hospitals.

Hospital prices for lower-limb magnetic-resonance imaging are 12 times higher in the Bronx, N.Y., (the most expensive region) than they are in Baltimore (the lowest-priced region), the report shows. Also, what hospitals charge for an MRI can vary widely in individual cities. In Miami, for instance, MRI prices vary up to a factor of nine.

Health care spending per privately insured beneficiary varies by a factor of three across 306 hospital referral regions and inpatient hospital prices vary widely for the seven procedures the researchers focused on.