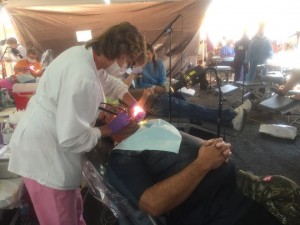 The Affordable Care Act has clearly covered millions of people, many of them previously uninsured.

But millions are still left out – and the debate about “affordability” is an emerging theme in the 2016 presidential race.

USA Today reporters Jayne O’Donnell and Laura Ungar did a months-long investigation as part of an AHCJ reporting fellowship. They looked at the barriers still facing the working poor, including people employed in fast food or call centers or retail outlets, including many contract workers and part-timers.  They visited Houston, New York, Wisconsin, Georgia, Tennessee, Kentucky, Maryland and Virginia. Here is some of what they found out:

Large corporations with a lot of minimum-wage workers, such as fast food restaurants, often leave insurance decisions up to franchisees. Under the current law, they don’t have to offer insurance if they have fewer than 50 employees. “That means the lowest-paid employees do not receive the generous benefits given to workers in the corporate offices.”

“Many employers offer coverage that’s affordable only by the letter of the law — which says the monthly contribution for individual coverage can’t be more than 9.5 percent of annual household income — but in reality is too expensive for people earning near-poverty wages,” O’Donnell and Ungar write. But that affordability measurement is based only on an individual workers’ coverage – throw in premiums for family coverage and the bill become even more unaffordable (though in some cases kids can be eligible for Medicaid or CHIP.)

“The result is that millions of Americans have fallen through the cracks without insurance from their employers, the money to buy it themselves or the safety net from Medicaid,” they conclude.

They tell stories of several people caught in these gaps Here’s one of them:

Among the still-uninsured is Tremaine Sims of Houston, a part-time janitor who cleans stadiums and arenas through the night and supports his mother, Demetria, a former fast food worker who was turned down for disability coverage despite two strokes. He seldom has enough money to buy food, let alone her medicine and adult diapers. So he must spend hours busing across the city to get free diapers or free food.

Although he’s always willing to work when his bosses call, they either don’t call enough for him to make ends meet or call so often that he barely has time to sleep between shifts or chores for his mother, who is wheelchair-bound and also suffers from diabetes and hypertension. This fall, mother and son lived in a one-bedroom apartment with two stained couches and an uncovered mattress on the floor that Demetria slept on.

“I go to the hospital and they’ll write me a prescription and say, ‘Give this to your son,’ ” Demetria says. “My son doesn’t even know how much his check is going to be.”

This is an important article – and you could do similar reporting in your community about this slice of the uninsured. Critics of the ACA often describe the uninsured as somehow undeserving, as unemployed able-bodied people looking for a hand-out. That’s not the case. But as you report you should also keep in mind that, yes, as this article makes so clear, there are millions still struggling. But there are also millions who have gained coverage – at work under the employer mandate, through Medicaid in expansion states, or because they can now get it through the exchange, with or without a subsidy when they may have been locked out before.

Like so much about the ACA, it’s a mixed picture.