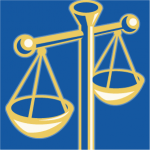 What happens when these two ethical obligations appear to conflict? Ideally, the seasoned journalist takes a step back to assess how the facts influence the balance a story should receive. When this doesn’t happen, a story runs the risk of having false balance — something even stories relying on scientific evidence (sometimes especially stories relying on scientific evidence) can fall victim to.

One recent example is a piece about the ongoing crisis of high lead levels in the local water of Flint, Mich., residents. Gov. Rick Snyder has declared a state of emergency, state and federal workers are handing out free bottles of water and EPA documents show lead levels testing as high as 13,200 ppb in one resident’s water sample (the level at which corrective action must occur is 15 ppb). But some outlets are reporting that “some Michigan politicians say the Flint water crisis is a hoax.”

Briefly, “Bill Ballenger, a well-known Republican political analyst, former state lawmaker and Flint resident” offered “the other side” of the story on his radio show, suggesting that the crisis is an overreaction or even a hoax because his own blood levels don’t test high for lead. Subsequently, Oakland County Executive L. Brooks Patterson said, “Let’s wait and see what the facts show,” according to the Detroit Free Press.

The facts already show that the water is a public health disaster. As Daniel Patrick Moynihan put it, “Everyone is entitled to his own opinion, but not his own facts” – a sentiment echoed by the publisher of Inside Michigan Politics in her announcement that she was severing ties with Ballenger.

Ballenger and Patterson are entitled to think Flint’s water is just fine. They’re even entitled to say it, just as anyone can claim the Earth is flat, the moon landing didn’t happen, the sun circles the Earth and cavemen rode dinosaurs. But the facts reveal a real crisis that every other politician inside and outside Michigan is taking seriously. Writing about them with any bit of credibility is a case of classic false balance: using outliers’ voices to state opinions that contradict the facts simply to provide “balance” to a story. Ballenger and Patterson aren’t the underdogs being ignored by the powers that be. They ARE the powers that be. The underdogs are the thousands of children who will suffer lifelong consequences of lead exposure.

A balanced story would include an explanation of the lead levels and people affected by them. It would include a full version of what facts the rest of the media is getting wrong, as this outstanding Vox piece by Flint resident Connor Coyne explains. Politicians claiming there isn’t a problem would, in a factually balanced story, be appropriately cast as ignoring (or covering up) repeated lead levels tests, as was the case in this excellent three-part series from Michigan Public Radio.

Unfortunately, this phenomenon happens in health reporting, especially in stories about vaccines. We see it mostly in smaller markets or in stories by general assignment reporters who are less familiar with the health or science beat. The way the media’s falsely balanced vaccine reporting damaged public health reporting (and consequently public health) is such a well-worn case study that the Columbia Journalism Review featured outstanding coverage of it in Curtis Brainard’s “Sticking with the Truth.”

Yet it continues. During the coverage of the Disneyland measles outbreak last year, The New York Times quoted the head of the country’s largest anti-vaccine organization (mischaracterized as “a group raising concerns about inoculations”) and a doctor who rejects the scientific evidence about vaccines. Before that, Katie Couric fell into the false balance trap on HPV vaccine reporting (one that flared up again last year at The Toronto Star). More recent coverage of Mark Zuckerberg’s post of his daughter’s first round of vaccines invoked more false balance in articles that quoted “both sides” of the “vaccination debate,” ignoring the fact that there is no debate on CDC-recommended vaccines for children among those relying on medical evidence. To avoid this trap with this particular issue, the group Voices for Vaccines offers an excellent primer to false balance and how to avoid it in accurate news stories about vaccines.

Yet the danger of false equivalence remains for any issue on which a broad medical or scientific consensus exists based on the evidence and a handful of outliers attempt to discredit that information for various reasons.

Avoiding false balance doesn’t mean journalists take off their skeptical hat in covering these issues – it’s worth exploring whether the Flint crisis is overblown or what a new study might suggest regarding a risk to a vaccine we haven’t seen before. But they should only report scientifically outlier positions if solid evidence supports it, not just because someone is shouting it from their own tiny molehill.

4 thoughts on “Facts vs. opinions: Beware of false balance in your reporting”