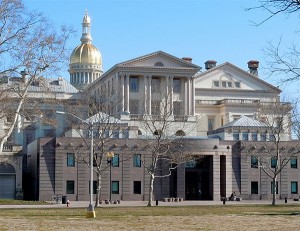 Hospital administrators in New Jersey have asked state officials to intervene in a disagreement over a proposed tiered network of hospitals and doctors.

During an all-day meeting Oct. 5 in Trenton, state officials asked acting Attorney General John J. Hoffman to stop the plan from being launched this fall while legislators review the details.

Anjalee Khemlani of NJBiz reported on Oct. 6 that Nia Gill, chairwoman of the state Senate Commerce committee, wants Hoffman to investigate whether Horizon Blue Cross Blue Shield violated antitrust laws when it established the network. Gill and Joe Vitale, chairman of the senate’s Health and Human Services Committee, said the state Department of Banking and Insurance may have violated state law and regulations by approving the tiered network, Khemlani said.

In a tiered network, insurers offer financial incentives to encourage health plan members to choose providers in the lowest-cost tiers. The incentives are designed to get consumers to make informed decisions about their care by sorting providers based on cost efficiency and quality performance.

Horizon’s tiered network, called Omnia Health Alliance, is designed to control costs, improve quality and shift the business away from fee-for-service payments, said Horizon. which is the largest health insurer in New Jersey. It insures 3.8 million of the state’s 8.9 million residents. Horizon wants members to choose hospitals and physicians who have agreed to accept payments based on their ability to keep patients healthy and out of the hospital, it said.

Tier 1 includes 36 hospitals and 63 percent of New Jersey’s doctors, Andrew Kitchenman reported for NJSpotlight. Compared with those not in tier 1, Horizon members who choose Omnia’s top tier will pay 15 percent less in premiums and have lower out-of-pocket costs, including no deductibles for some services, he wrote.

But five days after Horizon announced the alliance last month, Kitchenman wrote about how hospitals left out of tier 1 had complained to state officials about concerns that consumers would flee to the top tier hospitals and put excluded facilities at financial risk. Those complaints were the subject of the eight-hour hearing at the state capitol on Oct. 5.

State senators said Horizon has no tier 1 hospitals in Burlington County and some residents could be 30 miles from such a facility, well beyond the 20-mile limit New Jersey has for network adequacy.

Administrators in the facilities excluded from tier 1 also threatened legal action, and state legislators in those districts charged that Horizon set up tier 1 in a one-sided, closed process that gave some hospitals no chance to participate, Kitchenman wrote. One administrator who spoke at the hearing said Horizon will pay small hospitals in tier 2 about one-third of what they will pay large hospitals in tier 1.

This story will bear watching because state officials will want to ensure that Horizon’s network is adequate to serve consumers’ needs, and that officials from the state Department of Banking and Insurance followed the state’s network adequacy rules when it approved the Omnia plan.